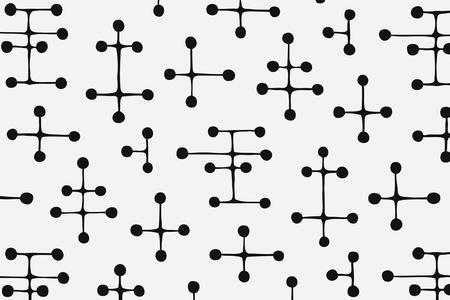 Charles and Ray Eames conceived the classic Dot Pattern in 1947 for a textile contest in Museum of Modern Art. Later, in 1949, Ray Eames created a variation of the same design called the Eames Dot Pattern. From its inception and until now, the pattern has been used to weave magic on sofa sets, bedsheets and pillowcases, bags, table covers, curtains, etc. Moreover, from 2011 onwards, American Airlines has been giving goodie bags having the Eames Dot Pattern to business class travellers.