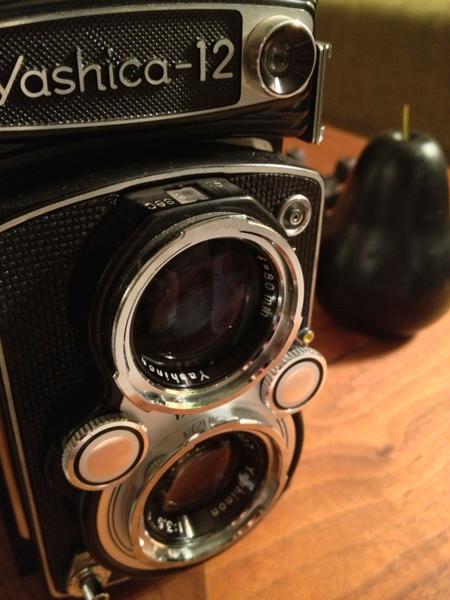 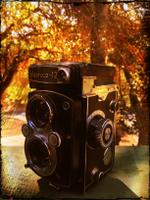 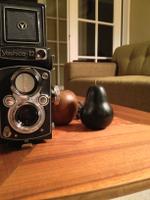 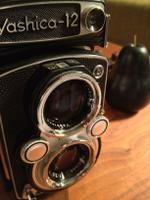 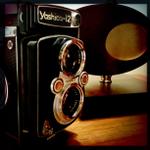 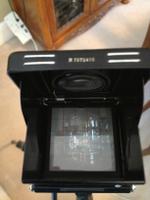 The Yashica group manufactured a wide variety of camera models, many of which are rare collectibles today. The Yashica 12 was in production between February 1967 and April 1968. During this time 31,023 cameras were manufactured. It uses a 120 film in a normal trim and has 12 exposures. The Yashica 24 which is almost identical had been released a year prior to the 12. It can accommodate a 220 film and has 24 exposures.

Another popular Yashica model the Mat-124, which was released in 1968 can function with both 120 and 220 film. This model has both 12 or 24 exposure. All three cameras are fairly alike both in configuration and appearance and have only minor differences. Yashica 24’s exposure meter switch is on the left , while for the other two models the light meter can be activated by raising the hood. The Yashica 12 had a shutter lock and threaded cable which at the time was a novel feature.

The Yashica 24 has a unique red-coloured press-and-hold meter switch , which the other models lack. It also has a metal battery compartment cover while the Mat 124 has a plastic cover. The Mat series also has a new Copal SV shutter, which uses only 5 aperture blades compared to the 10 being used by the regular Copal shutter. The Yashica 24 has a difficult-to-read aperture window with gold numerals on silver. Later in 1967, most models had standard white on black displays.

Yashica 24 and Yashica mat also came equipped with accessory shoes. Most Yashica 24 cameras have 4 screws, all of the same size. The Yashica factory later started using screws with a larger head. This was during the year 1967; the Yashica 24 had almost reached end of production and the Yashica 12s had just been launched. The same larger screws were used for Yashica-Mat production too. However in July 1968 and up to December the same year, a slightly smaller head size was used. The serial numbers affected by this change are between 8073xxxx and 8121xxxx.

Yashica cameras can often be recognised based on their serial numbers. The Yashica 12s span the serial numbers between 7020xxxx and 8041xxxx. Many of these cameras are marked with silver stripes on the focussing hood; a feature shared with some of the Yashica24s. This shows that the production of both these models overlapped at a point. In fact both models have been advertised together in a 1967 brochure. Only five of the Yashica 24 cameras are fitted with plastic lens covers.