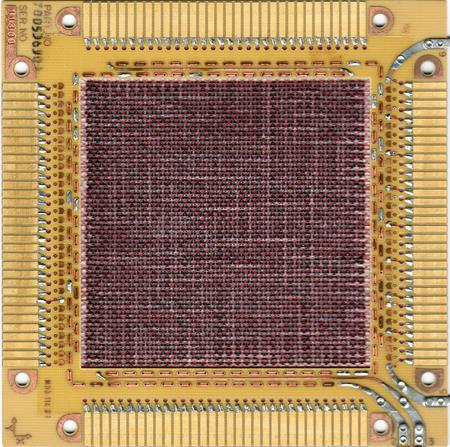 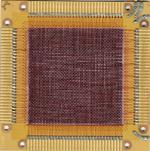 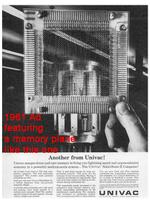 This is a core memory plane, manufactured in the 1960s from the memory stack of a UNIVAC computer, long-retired. Its dimensions are about 5 inches square, and it also has 4096 ferrite cores, summing up to a grand total of 4096 bits in a 64 X 64 array. Being an early model and “woven” purely by hand, the ferrite cores present are relatively larger than others, unlike the other models that are assembled by machine and as such have smaller cores as well.

The UNIVAC computer originates from a line that became operational in 1946. For sensing the bits present in the plane, half of the current was sent through an "X" line and the other half through a "Y" line. The pulses that were then detected were used as an indicator of whether the core (bit) had switched state or not.

Other appearance details include gold-plated fingers on both sides of the board. The “core” memory present in this used to be considered as “state-of-the-art” and still is, as memory printouts even now are often referred to as "core dumps”. 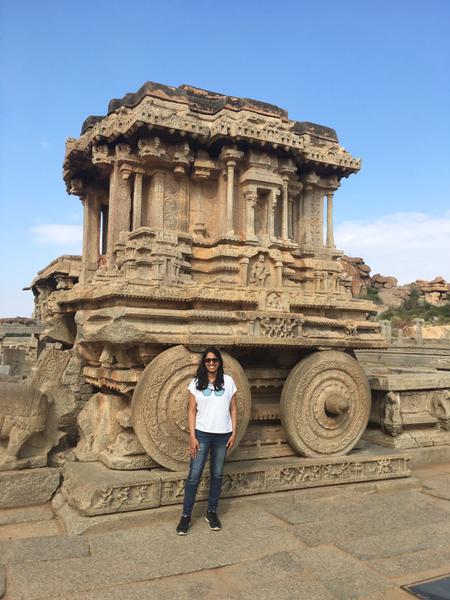 As an electrical engineer I'm fascinated by this Univac memory piece.