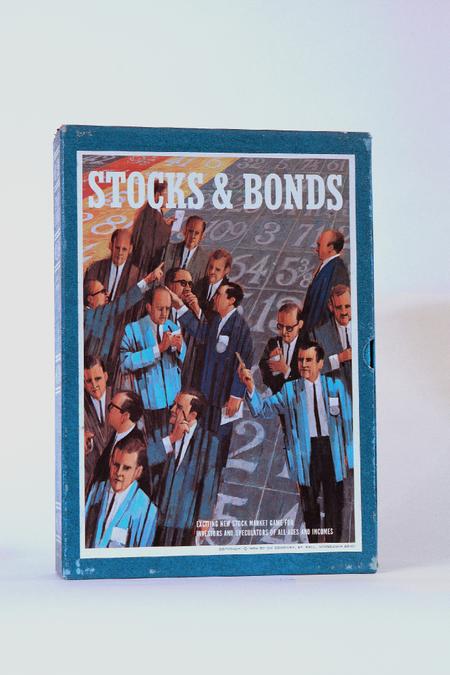 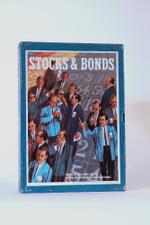 The experience of playing Stocks & Bonds is unlike any other, as it maintains an illusion of the player having been directly transported to Wall Street. All players compete to become the wealthiest stockholder, through investing in the game’s 10 securities (i.e. the stocks and bonds) and buying and selling in each round. Not only that, but the game’s unique calculator also informs the players whether they’ve had a “Happy Monday” or a “Black Friday”, making it all the more exciting.

Stocks & Bonds can be played between two to eight players, meant for all ages over teen. Several variants of the game are available. The bookshelf case, in particular, comes with a Stock Board, marker, dice, calculator, record sheets, situation cards, stock certificates and instructions. The original version in the 3M Bookshelf Series (1964) came with a single-sided market calculator, and required players to pay $10 per transaction. The transaction was eventually dropped in a later version. The market calculator was also altered and now had a “bear” and “bull” side, along with an added “margin” feature that allowed players to purchase stock on credit. However, this would have to be paid through a percentage of their credit.

Stocks and Bonds is one of many 3M business simulations. As aforementioned, the player invests in 10 stocks and bonds by using the initial amount of $10,000 given to each. The game lasts for about 10 turns (“years”). Each “year” is decisive for a victory. First, the player collects any dividends and interest built up from the previous year. By determining if this year will be a “bull” or a “bear” market, the player accordingly calculates the current market price of all stocks and finally buys and sells them. This is done through a special slide-rule style calculator. The winner is the player with the highest net worth at the end of 10 years.

Stocks and Bonds is known for simulating the true effect of the stock market well. But being a mere simulation, one shouldn’t rely on it for investment advice and only use it for gaining a feel of how stocks really behave. The game is also unique in having an actual chalkboard and piece of chalk for tracking stocks, instead of the more commonly used plastic board and grease pencil. Though the chalkboard was later replaced, it remains as being an unusual game component.