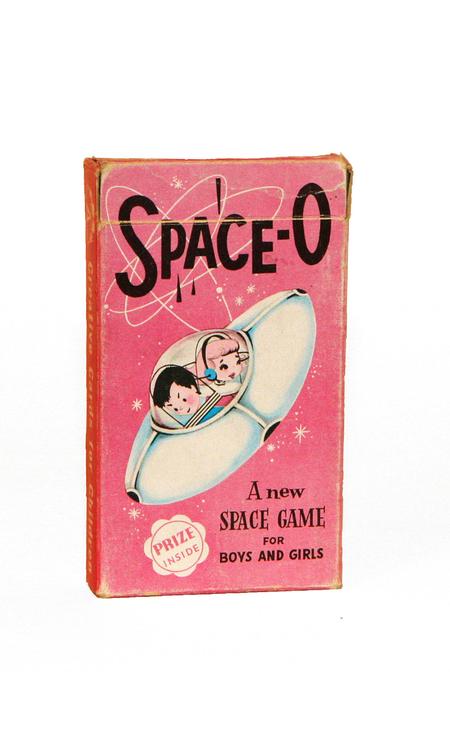 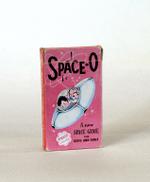 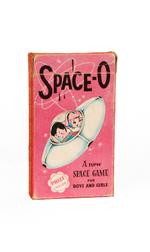 This is a set of extraordinary cards that exhibit the Jetson’s Atomic Age cartoon style to quite an extent. Although the estimated date of its production is traced back to the 1950’s, there is no release date or copyright available for this game.

This incredible card game by Arrco for the age group of 4 to 10 includes forty cards that are in very good condition and an insert card that has the names of other card games of the company. There are 5 cards that very clearly depict the vintage space images of the cartoon while the rest include pictures of the Control Panel, Landing Tower, Space Chart, the little boy Pilot, the little girl Co-Pilot, the two of them flying their Space Ship, a Space Scanner and Blast Off. All the cards have a unique image from the collection of Five Rocket Ships and Flying Saucers, in blue and white at the back along with the Arrco Playing Card logo which is the letter A inside an oval that has two child fairies with wings. The cards are 3 ½” in height and 2 ¼” in breadth.

The Rule Card is missing from the original box. However, all the cards are vivid, damage-free, clean and shiny except for some minor issues on a few cards. Following the simple and easily understandable rules of the game, the player who forms a complete set first, wins by yelling out “Space O”.

The Arrco Playing Card Co. that spread across Chicago, New York, Los Angeles and Toronto, printed a special message for the parents saying that their games were developed with an aim to teach and entertain children only after consulting child guidance specialists.