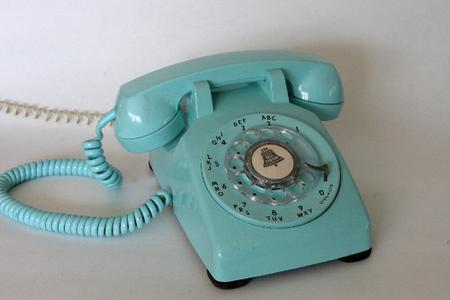 Millions of the infamous Western Electric model 500 series telephones that were produced by the Bell System of North America in the 1950’s, were and are still seen in quite a few houses till date. The sturdiness and accessibility is what makes this telephone stand out. Many variations and features were added to this model with the passage of time and the increase in demand. In 1963, the residential customers availed the touch-tone service with the model 1500 telephone that had a push button pad. In 1968, the * and # keys were introduced with the model 2500 telephone which is manufactured even today.

The Western Electric 500- type telephone was the successor of the 300- type telephone and was designed by Henry Dreyfuss’ company. This model was the result of research and testing carried out for many years in alliance with Bell Laboratories and Western Electric. In 1949, the AT & T publicly announced the new telephone and field trials began with 4000 sets after the manufacture of many pre-production units. 23,000 sets were made available in the second quarter of 1950, about 49,000 and 93,000 sets were estimated to be produced in the third and fourth quarters. By the end of the first production year, roughly about 183,000 units were produced, which included 20,000 units of the special purpose set- the 510B.

In the years that followed, 25 million 300-type telephones were substituted with the 500-type telephones due to the improvised electrical and acoustic competence. Manufacturers were pressurized by the rapid increase in demand for the new telephone service, which led Bell System to reuse old components in order to revamp used 302-type telephones into contemporary sets that looked very similar to the 500 model but the electrical circuit was the same as the previous 302 model.

Only black sets were produced from 1949 to 1953, after which colored sets were introduced and in 1963, a push-button keypad was used that created the model 1500 for the 10-button edition and the model 2500 for the 12-button edition in 1968. The hard-wired handset cords were then replaced with modular cords and the fixed line cords were replaced with cords that were terminated on both sides with 4P4C (RJ-10) connectors for the handset and 6P4C (RJ-14) connectors for mounting.