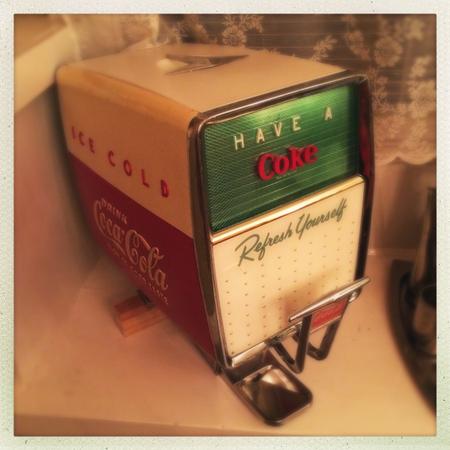 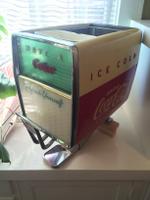 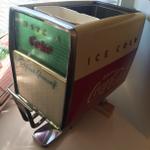 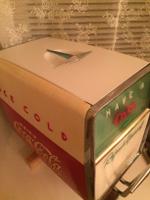 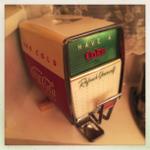 This original Dole Citation Coca Cola fountain dispenser (LV3 (5832) model) was probably manufactured somewhere between the late 1950s or early 1960s. This design was the first almost totally-plastic dispenser made by the company, with 2 variations in captions; while the one here has a “Have A Coke” on the front and “Sign Of Good Taste” on the side in an embossed style, the other one has only “things go better with Coke” on it.

This dispenser weighs around 30 lbs, and has a chrome base. It has a few cracks on the side, and has no cover on the top. This piece will surely bring in a feel of the bygone era.