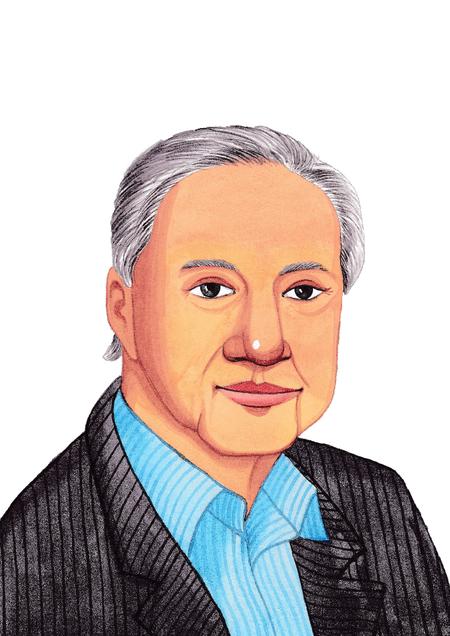 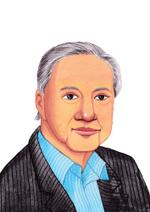 Sir Terence Orby Conran, FCSD, was born on October 4, 1931, in Surrey, England. He is a celebrated British designer, restaurateur and also a writer. He is well-known for his elegant home décor range. Sir Conran was born to Christina Mabel and Gerard Rupert Conran. Sir Conran’s father Gerard, had been born in South Africa, and owned a rubber import business in London.

He began his education at Highfield School in Liphook and went on to study at the Bryanston School in Dorset. He further joined the Central School of Arts and Crafts where he enrolled for textile designing. The school is now a part of the London University of Arts.

During his years at the school, he teamed up with artist and Professor – Eduardo Paolozzi, to start a furniture design studio. He quit school in 1950 and began work as an apprentice to architect Dennis Lennon. Dennis Lennon’s company had just received a commission to make a 1/4th scale interior of the Princess Flying Boat. Sir Conran thus helped plan the constructions to be used at the Festival of Britain of 1951. By 1952, Sir Conran had established a furniture studio of his own, named Conran and Company.

The studio was situated at Notting Hill in London. In 1953, he developed an interest in Gallic cuisine and started a Gallic French-themed restaurant along with a few friends. Sir Conran was on a roll! The very next year he started a coffee-shop. Next he turned his attention to design, and founded the Conran Design Group in 1956 where he introduced the Summa furniture range. The services offered by this company included furniture design, interior and retail space design. One of the company’s notable accomplishments was the designing of a fashion store for celebrated couturiere Mary Quant.

Until 1963, most of Sir Conran’s furniture was hand-made. However in the same year he founded a new factory at Norfolk, England for large scale furniture production. Along with his third wife Caroline Herbert, he started the Habitat store in Chelsea, London. The store sold Sir Conran’s own range of furniture along with a number of house-ware products like woks, which were rarely available in London. The Habitat store expanded into a number of branches over the country and grew into a successful chain offering furniture and house-ware.

Sir Conran introduced a novel feature called ‘flat-packaging’, which was as yet unheard of. The customer could buy the unassembled furniture and build it at home. This reduced the price significantly and also made the furniture easily accessible. The flat-packaging principle coupled with the furniture’s Bauhaus design made Sir Conran’s products extremely popular especially with the younger generation. Simple and minimalistic designs had so far been available only to the elite, thus the working class welcomed Habitat’s furniture.

Habitat soon mushroomed into a number of stores across London. In 1970, Sir Conran entered into a merger with a stationery company. Habitat soon began selling operations in the United States as ‘The Conran Shop’. The Habitat brand name could not be used due to trademarking issues. By the year 1980, Sir Conran acquired the use of the name Habitat and in 1981 he made the company public. Next, Sir Conran added another company to the Habitat umbrella – the company was Mothercare, which manufactured mother and infant products. Sir Conran also established other retail outfits like the Conran Shop and Benchmark Furniture. Benchmark Furniture, which was certified by the Forest-Stewardship-Council(FSC) was co-founded by Conran along with Sean Sutcliffe.

Later, in the year 1986, he formed a conglomerate - Storehouse which housed the brands British Home Stores, Habitat, Mothercare, Heal and other clothing stores under the same umbrella. Sir Conran took over at the helm as the CEO and Chairman of Storehouse. In 1988, owing to financial losses at Storehouse, Sir Conran was asked to step down from the post of CEO. He eventually lost the chairmanship in 1990, and also lost possession of Habitat. Habitat was acquired by the Swedish Ikano group, which also owned the wildly popular IKEA chain.

In spite of these losses Sir Conran held on to some of his business enterprises. Under Conran Holdings, he gained possession of the popular Conran restaurant chain and the architectural firm, established in 1982. The Conran restaurant company, which was later named D&D London, included a number of restaurants across London and some across the world. His architectural company soon merged with other firms to form the company Conran and Partners, which was responsible for designing parts of the Roppongi Hills development in Tokyo. Sir Conran also recovered possession of the Conran Shop and soon expanded to the Unites States, Japan and France.

Sir Conran has many other feathers in his cap. His accomplishments include co-founding an architectural consultancy firm Conran-Roche along with Fred Roche and projects like Michelin House, Bluebird Garage and more. He also contributed massively to the regeneration of the Design Museum and the Shad Thames area in London. Conran has designed furniture for popular establishments like Marks and Spencer, The Conran Shop, J.C Penney, Content by Conran, and Benchmark.

Sir Conran has also been a successful restaurateur with various London restaurants like Soop kitchen, Quaglino’s, Orrery, and Mezzo to his credit. Conran also collaborated with Joel Kissin for Le Pont De La Tour, Butler’s Wharf Chop house, and Blueprint Café. Sir Conran also established restaurants in other countries across the world. CatererSearch, the website belonging to the Caterer and Hotelkeeper magazine, named Sir Conran the most influential restaurateur in 2005. By 2007 however, Sir Conran sold 49% of his restaurant business to D&D, a business owned by his former employees Des Gunewardena and David Loewi. Conran again opened his own restaurant Boundary, which consisted of a café, bar and meeting rooms at Shoreditch in East London. By 2009, he established a second restaurant and private club Lutyens in the erstwhile Reuters building on Fleet Street.

With over 50 books to his name, Sir Conran has also earned renown as a successful writer. His books span various topics like design and food. Some of the more popular books are Terence Conran’s Home Furnishings, Terence Conran’s Inspiration, co-authored by Stafford Cliff, The House Book and Terence Conran’s Restaurants. Most of his books were published by Conran-Octopus, a part of Octopus Publishing Group, established by Conran and Paul Hamlyn.

Sir Conran was knighted in the year 1983. He has also been the recipient of two honorary degrees – Doctor of Architecture (honoris causa), from the University of Pretoria in 2012 and another degree from the London South Bank University. He is also the proud winner of the Minerva medal (the highest award bestowed by the Chartered Society of Designers). Other feathers in his cap include the Prince Philip Designer’s Prize in honour of his achievements in design and the provostship of Royal College of Art, between the years 2003 and 2011. Sir Conran is also credited with the creation of Boilerhouse, an exhibition house at the Victoria and Albert museum. The idea of the museum was to showcase the joining of form and function in industrial design. The Boilerhouse soon grew into its own standalone space and was named the Design Museum.

Sir Conran has five children – Joseph Conran, his son with his second wife Shirley, is a fashion designer; Sebastian Conran is a designer; Tom Conran is a restaurateur; daughter Sophie Conran is involved in design, cars and baking. His youngest son Edmund Conran, was involved in drug and alcohol abuse and was a perpetrator of sexual assault. He has been sentenced to a psychiatric unit but is now a reformed restaurateur. Conran’s sister Priscilla is also an entrepreneur and has worked with Conran several times in her career. Sir Conran and his wife Vicki, now spend their time between London, Berkshire and France.