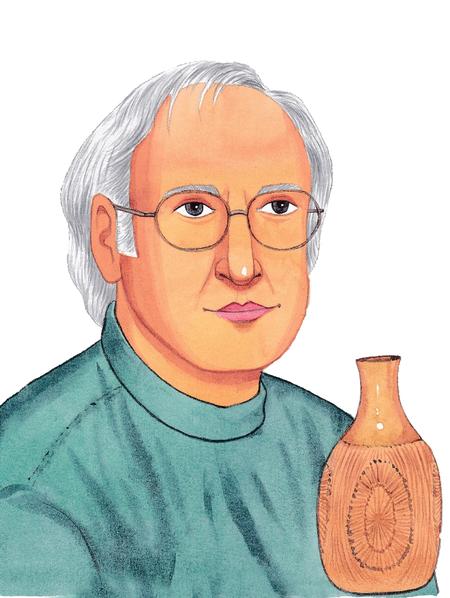 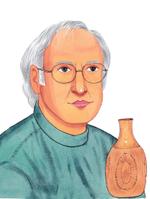 Robert Maxwell, a consummate sculptor, was born in Los Angeles in the year 1932. He earned global renown through his stoneware animal figurines, which he crafted in Venice, California in the ‘60s. Apart from stoneware sculptures, Maxwell is also skilled at pottery. He studied at the Pasadena City College between the years 1953 and 1955, and went on to receive the MFA degree at Los Angeles’ University of California (UCLA) in 1959. He also earned general and secondary teaching credentials at the UCLA. Maxwell found his calling when he attended his first ceramic class at UCLA and discovered his love for pottery and ceramics. His teachers Laura Andreson, who was the UCLA Ceramics department head, and Bernard Kester inspired him to pursue ceramics and taught him the principles of design.

Maxwell’s love of art stemmed from his mother. As Maxwell recounts, his mother often gathered seed-pods of various sizes during Thanksgiving,. She would then choose the pods with unique surfaces and stems, convert them into little turkeys and stick them on strips of paper. These seed-pod turkeys then graced the Thanksgiving dinner spread as placeholders with each of the family’s names written on them. At Christmas she would make funny Santa Claus decorations of ripe red apples stuffed with toothpicks, and marshmallows. The Santa would be equipped with eyes and buttons made of cloves. Even as Maxwell grew up in the ‘30s, there weren’t any television sets, video games and other such sources of entertainment. Their play consisted of puddles in the mud, digging holes in the dirt and playing with scraps of wood. Maxwell says that he played for hours together at sailing a small wooden piece, complete with a paper mast and sail. He even built himself an aeroplane model large enough to sit in. The aeroplane didn’t soar but his imagination did. On growing up, he actually learnt to fly a plane. He attributes his creativity to his ‘40s upbringing which helped him develop resourcefulness and imagination.

As a child, Maxwell even joined a drawing class, which he attended every Saturday morning. He would hugely enjoy the class and drew pictures of birds, animals, trees and flowers. Now, although he’s fond of other art-forms like calligraphy, drawing and painting, and loves teaching them, his heart is set on clay-work.

After his stint at UCLA, Maxwell was asked by ceramic artist David Cressey, a teaching assistant at UCLA, to join him at his studio in Venice. Maxwell moved to Venice and worked in collaboration with Cressey for a few years. Cressey had been instrumental in introducing Maxwell to clay work while at UCLA. Soon, Maxwell separated from Cressey and set up his own design studio in Venice. He was a prolific artist and produced a large line of items. He aligned with the N. S Gustin Company to represent and market his products, and this proved to be an immensely successful move.

Maxwell developed a range of animal figurines dubbed ‘Beasties’ and ‘critters’. They were a hugely popular item and propelled him to success. Maxwell chanced on the idea through what is often described as a ‘happy accident’. It all started in 1959, at UCLA when the small bottle he was making on the potter’s wheel did not shape up as he expected. The slim neck of the bottle began to droop. He improvised and imagined an animal form out of the deformed bottle, added a tail, horns, eyes and hair and voila – The first critter was born. He turned it into a fantastical imaginary animal. Recognising its appeal, Maxwell produced many thousands of such critters, with several variations and it soon grew to be a complete range of figurines. Maxwell has said that he has always been fond of animals. Animals like cats, dogs, African animals and even extinct species like dinosaurs have always captured his interest. He did not just want to mimic animals found on earth, he wanted to give his imagination a free rein and craft fantastical animals.

At that point most of his figurines were slip-cast. Maxwell manufactured his critters through an association with Winfield China (American Ceramic Products). Winfield China had a plant at Santa Monica, which was close to Maxwell’s studio. Moreover, Maxwell did not own a stoneware slip. Thus, using the Winfield facility for production was a necessary move. Winfield’s spray-on engobe coupled with their porcelain slip created a coarse surface and a colour very like stoneware. Robert, along with his wife Gaye Lyn, who helped run the pottery business, also enlisted the services of a mould-maker George Binkley of the Santa Monica mould shop. Their collaboration with Winfield continued a little less than a year.

Maxwell has always placed great store in the inspirational power of nature. He advises other budding artists and all people in general to step into nature. “Get off your mouse and go outside”, he says. A camera and a basket are the only tools one needs. One can be creative with what one finds in nature.