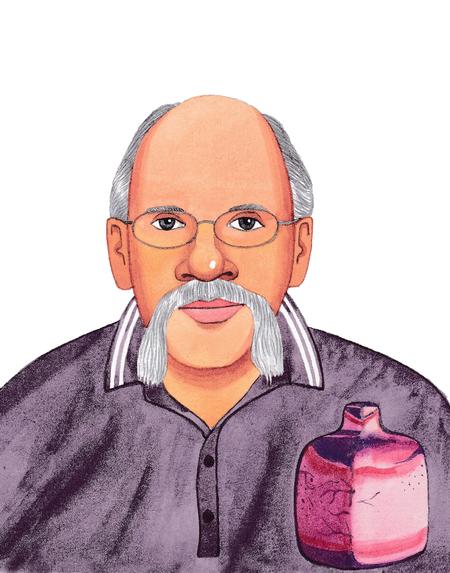 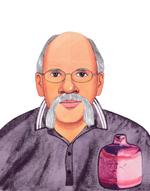 Renowned artist and art instructor Rick Mahaffey is a man of diverse interests. Although he has played various roles in his life, he is primarily a potter and works frequently on the potter’s wheel. He is also a teacher and heads the Ceramics program at the Tacoma Community College in Seattle. Rick Mahaffey has worked with a number of museums across the world including Kenya, Japan, China, Korea, Turkey, Mexico and the United Kingdom.

Mahaffey’s work is inspired largely by the pottery of the Momoyama period in Japan. The 16th century Japanese tea ceremony Chanoyu, especially captivates him. Mahaffey says that a Japanese tea bowl called Chawan is said to contain the universe! The tea ceremony of the Japanese is the epitome of mindfulness. It teaches one to be attentive to one’s surroundings, to live in the here and now of the moment. Wabi tea, influenced by Sen no Rikyu has also been an inspiration to Rick and he admires its natural rustic beauty.

Rick Mahaffey has shared ownership of an Anagama kiln in which he fires his pottery. The Anagama is a wood-fuelled, single-chamber Japanese kiln. Although the kiln does not use wood efficiently, when used to fire pottery pieces for more than 5-6 days, it leaves a large amount of fly ash onto it. The fly ash melds into the clay to form a glaze or adds character to an already applied glaze. It however, is a time-consuming and arduous process. The kiln needs to be tended round the clock and about 7-10 people are required on the job. Most workers have other jobs, so the work at the kiln tends to be a double shift. They work together almost as a family!

Rick Mahaffey enjoys working and interacting with his students and is especially proud of the relationship he shares with them. He has been teaching for over 15 years and many of his older students are teachers themselves, thus continuing the culture of knowledge-sharing. At the community college he helps students master a small style of art. The confidence they gain through mastery of art, spills over to other areas of their lives.

Mahaffey’s association with Japan began in 1982, when he spent three weeks while visited with his wife and her grandmother. For the greater part of the three weeks Mahaffey and his wife visited pottery sites and other sites of artistic importance like Kyoto. At that time it just seemed like a great holiday and adventure, however fate had more in store for Rick. A few years later, around 1989-1990, Rick began conducting summer workshops at the University of Puget Sound, where he was introduced to the First Lady of Japan Miki Mutsuko. She extended an invitation to the head of the ceramics department to work on a project in Japan for the duration of a year. As the duration was a little too much for a single person, it was later decided to have two people from the ceramics department visit over a period of six months each. Thus Rick went to Japan for the second half of the project between December 1995 to June.

Mahaffey soon built a rapport with Professor Shimada of the Tokyo National University of art and was invited to be a part of a pottery firing project in the Tokyo U Satellite campus, Ibaraki Ken. It was there that Professor Shimada put forth an interesting proposition. He told Mahaffey that he wanted his students to learn the ‘American, open way of pottery’ and asked whether he could bring his students to the Tacoma Community College. In reciprocal spirit, Professor Shimada invited Mahaffey’s pupils to Tokyo. Enthusiastic about the exchange program, Mahaffey called the Chairman of the Art Department Frank Dippolito and the Dean Gael Tower, who immediately consented.

Accordingly Rick took his students to Tokyo in 1998, where he met Professor Zheng Ning of the Central Academy of Art, Beijing. Professor Ning extended an invitation to visit him at Beijing in the next year and was immediately accepted by Rick. During the course of the program two other Professors Zehr Cobalni and President Engin Atac of the Anadolu University of Turkey showed interest in coming to Beijing too. Thus began the International Society for Ceramic Art Education and Exchange (ISCAEE).

Mahaffey is currently the International Vice President of the ISCAEE. ISCAEE is a growing organizations with schools in 5 different continents. There are member schools in Japan, China, Korea, Turkey, Germany, Switzerland, Denmark, UK, Uganda, Kenya, Nigeria, South Africa, Mexico, Australia and the United States. The most recent meeting held at Tokyo saw about 280 attendees from across the world. All these institutes are Universities, with the exception of Tacoma, which is a community college.

Rick Mahaffey is passionate about travel. As a child born in the Upper Noe Valley of San Fransisco, he never expected to be a globetrotter one day. He relishes the chance of having been able to make friends with people across the globe. He has had the chance of meeting so many diverse people, all united by the love of pottery. He realises that we are all very much alike underneath. He once met a fellow potter who had to travel for 48 hours just to reach Kenya from Tanzania. Rick shared his pottery tools with her, and she was overjoyed. The tools were immensely valuable to her as they weren’t easily available in her locality. After that incident Rick makes it a point to give his pottery tools away to a student or the host school.

A man of varied interests, Rick is also fascinated with old motorcycles and cars. He loves taking an old broken-down vehicle and getting it up to shape again. He lovingly restores these old vehicles and rejoices in the sound of the engine going strong again! Rick loves the challenge of working with old machines and improving their engineering without affecting the look-and-feel. It’s like communicating with the designers, he says. He also attends club events on his remodelled cars and bikes. They are a gateway to the past!

Although he dabbles in a number of fields, he feels that everything is interconnected. For him, his interests in ceramics, motorcycles travelling and teaching aren’t discrete, but are in fact connected. He loves to be a connector and helping others finding that connection. Of foremost importance is sharing, be it the ceramic knowledge that he has learnt from his teachers and passes on to his students, or his experiences while travelling and working with motorcycles. The crux is the act of sharing! Also, what he learns in the course of pursuing one of his interests, helps his other interests too. The patience he has learnt from ceramics, has borne him well in understanding a broken-down motorcycle and also during his overseas travels.

In Japan, he had to face a number of surprises and unexpected situations, due to his inability to read much Japanese. One time, he was informed that they would be going out for dinner with the University President in the next 30 minutes. Rick was working on his pottery and his clothes were stained with clay; had to immediately stop his pottery, travel to his apartment, and change into appropriate clothes. He managed to make it to dinner almost on time! His mantra, during his stay in Japan became – “Everything will become apparent in the fullness of time”.

Rick Mahaffey believes that art is important to society. It is what keeps us human. The most precious things are those that are most fragile, and thus ideas and thoughts are our most valuable products. We must share them with the world and help everyone around us gain knowledge.