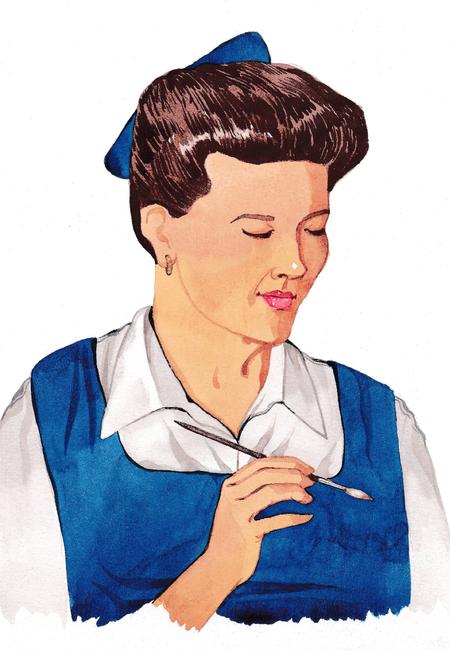 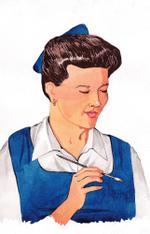 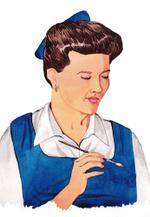 Ray- Bernice Alexandra Kaiser Eames was born in Sacramento, California on 15th December 1912. Her parents inculcated in her the value of enjoyment of nature and the quality of enjoyment from a very young age which helped her in designing furniture and toys in the future. She being an American designer, artist and filmmaker, married to Charles Eames who was her colleague in Cranbrook, both of them have contributed extensively to the architectural field.

In 1933, Ray relocated to New York City to study abstract expressionist painting with Hans Hofmann after graduating from Bennett Womenís College in Millbrook, New York and was one of the founding members of the American Abstract Artists group in 1936. The following year, their very first show commenced at Manhattanís Riverside Museum where their paintings were showcased.

Ray then enrolled herself at Cranbrook Academy of Art in Bloomfield Hill, Michigan in 1940, on the advice of an architect and friend, Ben Baldwin, where she studied different forms of art along with abstract painting and worked alongside Eero Saarinen, Charles Eames, Harry Bertoia etc. for the Museum of Modern Art's Organic Design in Home Furnishings.

In 1941, she got married to Charles Eames and settled down in Los Angeles, California where the two of them kick started their architecture and design career that reached great heights. They worked in collaboration and carried on with their designs of molded plywood furniture and also included plastic after a few years. Ray's explicit work truly stood out and she created twenty six cover designs from 1942 to 1948 for the Arts & Architecture journal. She also designed most of the advertisements of Eames furniture at Herman Miller.

Ray went on to produce a large number of outstanding textile designs out of which two won awards in the textile competition organized by Moma and two other designs viz. "Crosspatch" and "Sea Things" were produced by company called Schiffer Prints that produced for renowned people like Frank Lloyd Wright and Salvador Dali. She also contributed heavily in graphical designing of advertisements, posters, game boards, timelines, business cards, invitations and magazine covers. Charles died in 1978 which resulted in the breaking of the Eames Office, after which Ray managed the Eames records and property, worked as a consultant for IBM, published many books and also took up many projects that were incomplete.

Ray passed away in 1988 but her original pieces of work are still valued by many art museums. Maharam has re-issued Ray Eames textiles which is a part of their Textiles of Twentieth Century Collection. Eames Office was a place of variety not only in terms of their products but also in terms of their employees that consisted of housewives, local people and veterans of war and in terms of their ideas and techniques as Ray and Charles believed in learning by doing. Ray Eames has made astounding contributions not only in architecture but also in furniture and industrial design, manufacturing and in graphic designing.