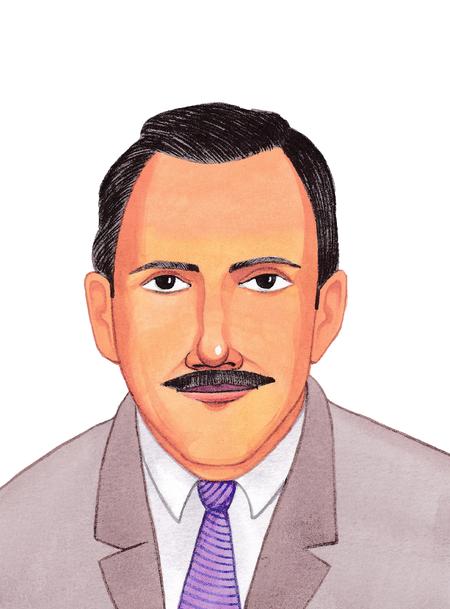 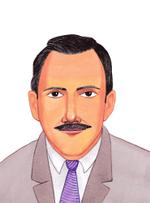 Craftsman and designer Miroslav Havel was born on May 26, 1922, in Držkov, Czechoslovakia, a city situated just a 100 miles from Prague. He joined the Academy of Art and Industrial Design (also known as Umprum) in Prague and studied glass craftsmanship under the tutelage of Železný Brod. Alongside his course at the Academy, he also undertook an internship at a glass cutting and engraving factory in Světlá nad Sázavou.

The proprietor of the factory Karel Bacik, was finding it difficult to retain control of the factory under the Communist regime, and on being offered an opportunity by a Dublin jeweller Bernard Fitzpatrick, moved to Ireland. Bernard and Karel planned to import glass to Ireland and then undertake simple cutting on it. Karel thus established a new glass factory at Ireland and invited Miroslav to join him. Miroslav accepted. He had not meant to stay in Ireland for long, however he was forced to stay for 25 years due to the Communist takeover.

Although the Irish town of Waterford had a history of glass-making, the tradition had been long since forgotten. Miroslav Havel thus did not have any base to work upon. He established a factory, set up production processes for glass-making, and invited craftsmen with a background in glass artisanship from across Europe. He began to conduct training sessions for the Irish locals and began to take in apprentices.

Miroslav also conducted a detailed study on the traditional glass-making techniques and styles of Waterford. He often took himself to the National Museum to study the original Waterford glassware on display there. Inspired by these traditional styles, Miroslav created new lines of products. He attempted to maintain a seamless transformation between the traditional and modern.

When the factory owner Bacik fell ill, Miroslav took over. The factory initially began in a shed and began manufacturing mugs and glassware for local pubs. Havel gradually built up the business. He travelled to Stockholm where he studied the Orrefors glass factory. He then proceeded to apply the techniques and organizational practices prevalent in Swedish factories to the Waterford business.

Thus Waterford began manufacturing better and more refined glassware. By 1960, the company was selling almost 75% of its items in the United States and by the 1980s, Waterford had grown to be one of the foremost glassware manufacturers of Ireland, employing almost 3500 employees. Havel continued as its Chief Engineer until 1990 after which he retired and set up a glass designing venture of his own.

Many of Havel’s designs have been inspired by George and William Penrose’s glassware products. The Quaker brothers established a glass factory in the 17th Century, and although their pieces were of excellent quality, the business was unable to stay afloat. Using the Penrose designs as a base, Havel developed the idea of Waterford crystal ‘suites’. He adapted the Penrose diamond wedge-shaped pattern, which in time became Waterford’s trademark design! The Lismore suite with its delicate design became an instant favourite with Waterford’s customers.

Another feather in Havel’s cap was the crystal scaled replica of the Statue of Liberty, which he created on commission for the Taoiseach of Ireland, Garret Fitzgerald. The Taoiseach presented it to the then US President Ronald Reagan at the White House. Havel was also present at the event held on St Patrick’s Day. Miroslav was also skilled in the art of making chandeliers. He has designed an 8 foot tall chandelier for Ambassador Cinema Dublin. He has also created chandeliers for the Kennedy Centre in Washington DC, and Westminster Abbey. He has also been appreciated for his crystal sport trophies, which he has created for both the Bing Crosby Celebrity Pro-Am golf tournament at Pebble Beach, California, and for Cheltenham’s Triumph Hurdle. Havel married Betty Storey in 1957 and had a large family comprising of three sons and three daughters. He died on September 5th at the age of 86.