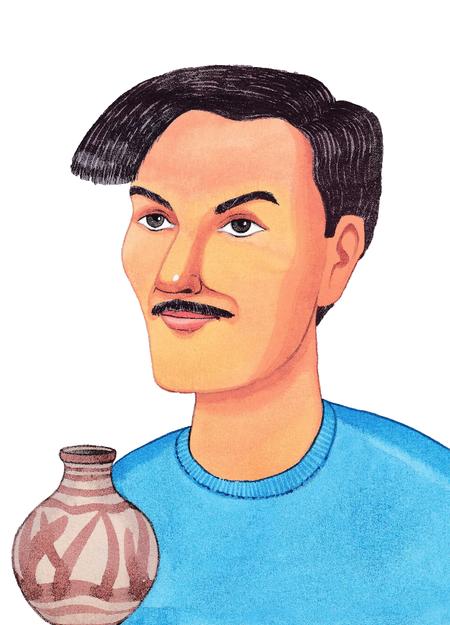 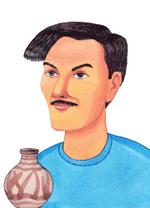 Louis Mideke is a fine example of a self-taught artist. Born in 1908 in Grandview, Washington, Louis used to do odd jobs, such as working in a mining company in Alaska during the Great Depression, and repairing damaged ships as a welder in Bremerton Naval Yard during the Second World War. However, he had found his true calling, when his wife Jean who had enrolled in a ceramics class, introduced him to pottery. By the 50s, he had embraced pottery and decided to become a potter.

Louis’ designs were mostly simplistic and utilitarian in style. Though he preferred using red clay to create most of his items at first, he later started working with porcelain and stoneware too. Louis participated in pottery contests all over the country such as Syracuse Nationals in 1956, etc., and won some of them; however, with time, judges began looking more for exotic designs in the competitions. According to Louis’ student, Michael McDowell, Louis took it as a challenge and created a piece for a competition in Florida, and went on to win it. However, he decided he wouldn't participate in any contests again, and would only do work he believed in. His pottery works have been showcased posthumously in the Whatcom County Museum of History and Art in Bellingham, Washington.