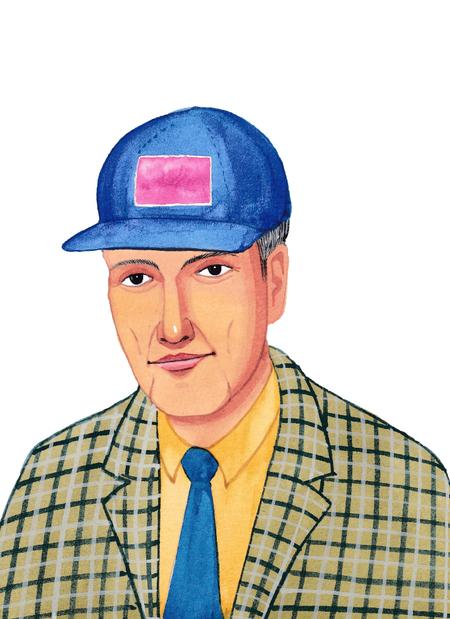 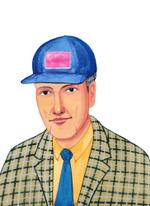 Kaye LaMoyne was an industrial designer noted for his skill and versatility in designing a number of products. Born in 1918 in Kansas, Kaye studied design and colour in an art school in Chicago. He shifted to St. Louis after working as a glassware designer for a couple of years in West Virginia for the Dunbar Glass Company. Being tied down to a company didn't appeal to Kaye much, so he started doing freelancing, and took an office in the premises that housed his father’s company— Display Products Company. Branchell Company was a major client of his for which he designed many ranges of dinnerware products, such as the Golden Harvest range, in different materials such as melamine, glass, etc. However, after Lenox took over Branchell, Kaye stopped working for them due to some royalty issues. Along with working for other clients, he also designed department store displays which his father’s company manufactured.

As he enjoyed challenging himself, he also went into designing aeroplane parts and interiors. Coming to his personal life, though he was a very successful industrial designer, he would never boast about himself and was very down to earth. He enjoyed meeting fellow designers with whom he loved brainstorming; according to him such interactions would bring a fresher perspective and lots of new ideas. Throughout his long career, many offers would come in from different companies and people, he had once been tempted to work for Raymond Loewy, but freelancing offered him such creative luxury that he was loathe to work for long periods under anyone; and only worked for a while for North American Rockwell in 1970s.

His other accomplishments notwithstanding, his architectural prowess can be seen in the way he designed his home, the novelty of which is that the arrangement of the living room could be altered as the wall panels could be moved to and fro; he also designed the house of a relative in West Virginia and the cherry wall panel of the lobby in Shriner’s Hospital St. Louis.

Moreover, Kaye’s life is testimony to the mantra “love what you do and do what you love”; golf was his lifelong passion, so much so that he ventured into designing golf courses, and golf tools which were sold by Gayner Sports Products. Another thing that intrigued him to no end were the German-made BMW Isetta cars, that were sold in the USA in the 1950s. He had a collection of more than 13 Isettas, and even designed and manufactured spare parts for Isetta cars in the USA through Felling Enterprises of Topanga, California for a while. Later, he began selling it himself under the name he used most of his life for his products “LaMoyne”. Kaye LaMoyne passed away at the age of 74 in 1992 in Minnesota.