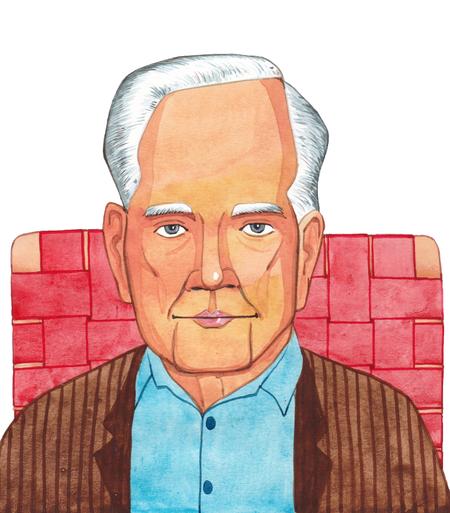 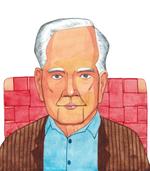 Jens Risom, an acclaimed modern interior, furniture and textiles designer, was among the first designers of Hans Knoll Furniture Company, and the founder of Jens Risom Design. Jens was born to the distinguished Danish architect Sven Risom in Denmark in 1916. He studied designing from Kundstandvaerkerskolen, a reputed institution of Copenhagen, and worked in Stockholm before moving to America to spread his wings in 1938.

For around two years after coming to America, he worked in New York at Dan Cooper, Inc. as its director of interior design. Later, he began working independently, and was mostly into designing furniture and textiles for different companies. Jens had been on the lookout for a promoter to manufacture the designs he dreamt of creating, when he came across Hans Knoll. They both first worked together in the New York World's Fair. Impressed by his designs, Hans proposed a partnership with him for designing interiors for clients in New York. While Jens concentrated on designing interiors and furniture, Hans looked after the client and other areas. Jens created a number of items exclusively for Knoll and together they gathered a large customer base. They released their first catalogue for Knoll’s company in 1942.

Jen’s sheer genius can be seen in his working style and the type of quality pieces he created during the time of shortage due to war in America; basically using leftover junk from wartime, he created pieces of aesthetic value with modernistic designs. However, he was soon commissioned to US Army, and when he returned in 1946, he decided to setup his own company, Jens Risom Design. He continued to create exquisite masterpieces through his successful company until the 1970s, when he sold his company, to start a design consultancy company in Connecticut.

He is known today as an icon who brought Scandinavian designs to American and is noted as one of the best designers of that style. In fact, his work is so popular that the Knoll firm reintroduced some of his best designs in 1994. He is one of the trustees of Rhode Island School of Design. His biggest honour, however, was when Queen Margrethe of Denmark bestowed him with the title of knight in 1996 in view of his excellent work.