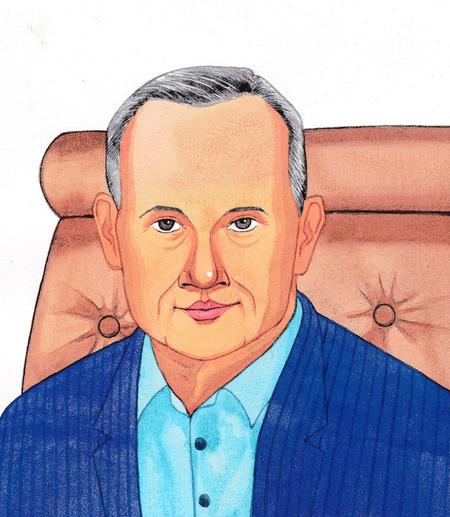 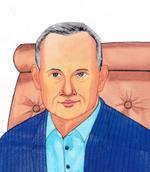 Ingmar Anton Relling, a famous Norwegian designer, was known especially for his functional, Scandinavian design furniture. He was born in Sikkvlven in the North-West Coast of Norway.

He began working at Vestlandske Mobelfabrikk AS at the age of 16. He continued to work at the same place for the next seven years after which he joined the Statens Håndverks- og Kunstindustriskole at Oslo on the recommendation of his brother Adolf. He enrolled for the Interior Architecture and Furniture Design course which had been recently added to the list of courses offered by the school.

He received his diploma in 1947 and accepted a job at Rastad and Relling AS. In 1950, Relling established his own office at Møre which offered interior and architecture services. Until 1960, Relling worked on numerous interior projects for libraries, schools, churches and hotels, after which he focused solely on furniture design.

Relling began to work with the furniture industry and very soon earned a name for himself as Norway’s foremost furniture designer. He has been compared to Scandinavian designers like Wagner, Ekstrom and Jacobsen. Relling was soon recognized as a major contributor to the concept of Scandinavian design.

His chair ‘Siesta’ is an exemplary piece incorporating the concepts of Scandinavian design. It is simple, minimal, functional and has no unnecessary embellishments. The first version of the chair had a light beech body and was furnished in leather or sailcloth. The chair catapulted him to international fame and won him accolades. The SIESTA also won the acclaim of opening the doors for furniture exports from Norway. Relling has since designed a number of noteworthy chairs like Flex, Rest, Lido, Cox, Manta and Tema.

Relling’s furniture is characterized by utility, minimalism and simplicity. The design is clean and sleek. The furniture is light, easy to use, does not occupy too much space and is sturdy. Relling predominantly used laminated beech for his chairs. In a few rare pieces, he also created the chair body out of steel. Eco-friendly materials have always been his area of focus. His furniture is made of material obtained through sustainable forestry. He also believed in making optimal use of available resources and churned out highly sturdy, resilient and reusable furniture. Apart from the aesthetic qualities of the chair, he dedicated himself to the humane aspects as well.

Most notably, he was awarded the Silver medal at Wiener Internationale Möbelsalons and the Norwegian Design Award in 1966. Other significant awards include the Showpiece of the Year, Earl's Court, London in 1973, The Award for Design Excellence in 1968, The Classic Award for Design Excellence in 1992, The Jacob's Prize in 1978, Sunnmøre Næringsråd's Prize in 1990.
He was also the winner of the Kongens fortjenestemedalje award, which is a royal honor presented for long and exemplary work in the industry.