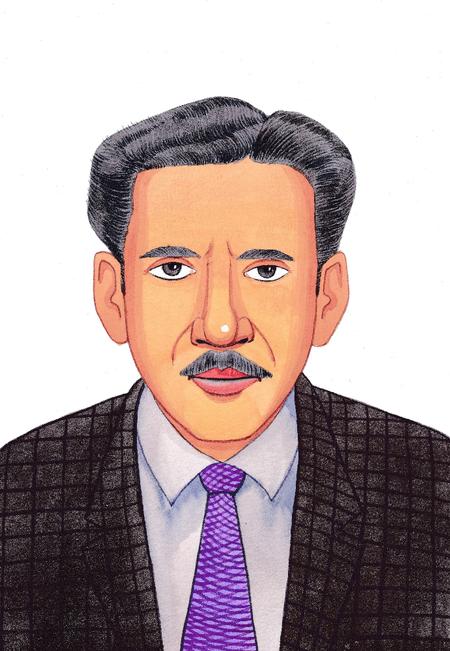 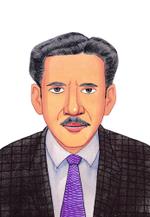 Harvey Eisenberg, an acclaimed animator, layout artist, character designer and comic book illustrator, was born in 1912 in Brooklyn, NYC, NY. Most well-known for his works for the likes of William Hanna and Joseph Barbera, with whom he collaborated on a number of prestigious projects at first at MGM and later at Hanna-Barbera productions; he not only worked as the layout animator for them, but also designed some of the characters himself.

Apart from being a part of the animation industry, he was also one of the main illustrators of comic books and comic strips of many characters such as Tom and Jerry, Yogi Bear, The Flintstones, among others. His work for Hanna-Barbera productions is often likened to what Carl Barks did for Walt Disney.
Harvey started his career in animation in 1930 as an animation inker at the Max Fleischer studios, where he worked for a period of 6 years. However, the most defining moment of his career was a chance meeting with Joseph Barbera in New York, which led to Harvey and Joseph instantly striking a friendship that lasted a lifetime.

After joining as a layout artist in MGM in the 30s, a job which he got through Joseph, he began working with the team of Joseph and William Hanna on the Tom and Jerry cartoons, and was even part of the Oscar winning team of “Mouse trouble”. Moreover, Harvey and Joseph also set up a comic book company together in 1946 called the Dearfield Publishing. Though the two geniuses brought out many issues of original comics such as "Red" Rabbit Comics, Foxy Fagan, and Junie Prom for Dearfield, they couldn’t quite capture the success of their other work, and had to shut shop in 1951.

Though Harvey totally immersed himself in the world of comics and illustrations from the late 40s, he hadn't left animation permanently; when Joseph Barbera and William Hanna decided to start their own cartoon studio in 1957, they asked Harvey to help out whenever they wanted it. In fact, for the very first individual Yogi bear show, Yogi’s Birthday Party (1961), Harvey did the storyboard, and he also created the presentation boards for Top Cat in 1961 to convince the bosses to air it. However, his greatest contribution to the world of cartoons, according to reliable sources, is his idea of a show on a stone-age family, the Flintstones. It was when Harvey, Joseph Barbera, William Hanna, and John Mitchel, the sales head of Screen Gems, were having a brainstorming session for conceptualising a show which they wanted to air on the prime time that tentatively was to deal with two couples; many ideas were considered and rejected by the team. In the end, it was Harvey Eisenberg who came up with the idea of the stone-age caveman couple, but Joseph, who wasn't sure about the idea, was on the verge of rejecting it; so Harvey drew some sketches of a caveman, (who most probably turned out to be “Fred Flintstone”, the iconic character from Flintstones) to convince him. Upon seeing the drawings, John Mitchell, with his experience, knew that they a had a winner in their hand. They immediately started developing the series, and the rest as they say is history.

From 1944 till his death, Harvey worked for Western Publishing, illustrating comic books such as Tom & Jerry, Yogi Bear, Droopy, Barney Bear, Bertie Bird, Flip & Dip, Huckleberry Hound, Porky Pig, Super Rabbit, Oswald the Rabbit, Woody Woodpecker. He was also assigned by them to illustrate some Disney comic strips such as Li'l Bad Wolf, Hiawatha, Chip 'n' Dale, Mickey Mouse a.o. Additionally, he was given the responsibility to do the Sunday newspaper comic strips of The Flintstones and Yogi Bear by Hanna-Barbera studios. The world of cartoons lost a legend when Harvey Eisenberg passed away at the age of 54 in 1965 due to multiple heart attacks. Harvey’s son, Jerry Eisenberg, followed his footsteps and worked for Hanna Barbera and Ruby-Spears productions as a storyboard & layout artist, and character designer.