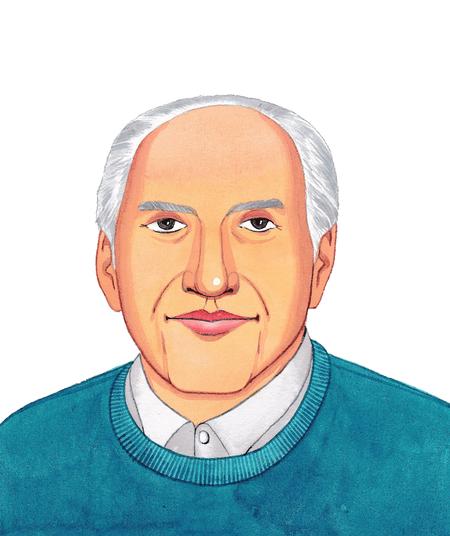 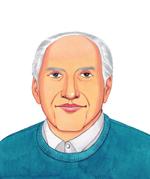 Harold “Hal” Lasky, nicknamed the “Father of Puerto Rican pottery’, was born in Syracuse, New York to Solomon and Beatrice Sabesan Lasky. Hal grew up in the Brooklyn suburb of New York and was an enthusiastic chap. He was always organizing different activities for his friends like sailing, skiing and dinners at ethnic restaurants. Hal studied at the Blackburn College, Carlinville and was the President of his graduation class. After this, he got a place at the New York University, aiming to study medicine like his father. During this time he was incarcerated as a Conscientious Objector during the second world war. At the Danbury Federal Prison, Hal Lasky engineered a protest against dinner-table segregation with his prison-mates. A hunger strike was carried out with the result that the Danbury prison was one of the first to be integrated.

During his WWII imprisonment, Hal Lasky became exposed to the arts and crafts and found his true passion. He discovered his skill at crafts and decided to change his career. He joined the School of American Craftsmen at Dartmouth College, went on to Alfred University and then earned a scholarship to study at the Cranbrook Academy. Lasky was also a student of Aurelius Renzetti at the Philadelphia Museum School of Art. During his tenure at Philadelphia, he was offered a project by the Puerto Rican government called ‘Operation Bootstrap’. Under the Operation Bootstrap project he was asked to establish a ceramic business. In time, Lasky became the owner of Puerto Rican pottery.

Harold Lasky was also an amateur theatre artist in Puerto Rico. He was offered roles in plays produced by a number of American companies. He has played a small part in the play ‘Frankenstein meets the Space monster’. He met the company when they purchased his Geodesic Domes for their play. He played a supporting part as a newspaper reporter in ‘The Man who would not die’, with co-actors Dorothy Malone and Keenan Wynn. He was also a part of the play ‘The Gardener’, which alongside of Hal also starred Kathryn Houghton.

Hal Lasky was fascinated with designing new technology, and sold the Puerto Rican Geodesic domes to be used as emergency housing following a hurricane. He even helped install the houses along with Buckminster Fuller and Peace Corps volunteers. Fuller was so impressed with Hal that he dedicated an inscription to Hal in his gift book. The inscription says, “To Hal Lasky who helped me realize one of my life's fondest dreams”.

Harold ‘Hal’ Lasky died at the age of 89, in November 2010, following a prolonged illness at the Hospice of Lancaster County. He is survived by his wife Susanna Benson, and his children Brenda, Darrow and Brett. A Memorial service was held for Hal at the Lancaster UU Church.