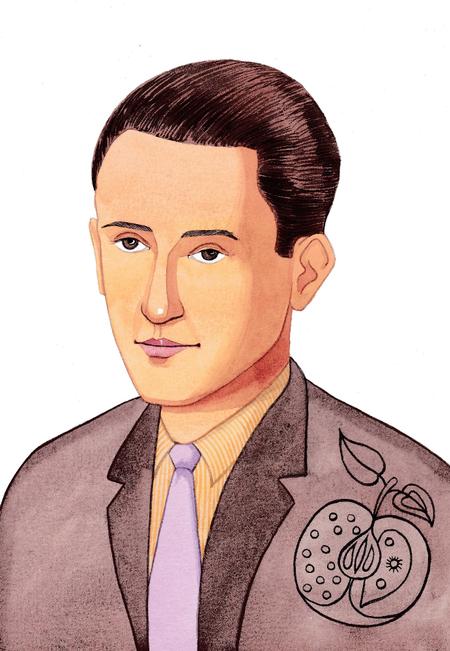 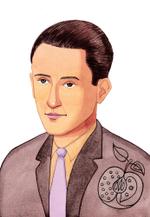 Georges Briard, popularly known for his signature dishware and glassware that included plates, cups and serving dishes that were gold plated and were sold at renowned department stores like Bonwit Teller and Neiman Marcus, was an esteemed American designer from the 1950s to the 1970s.

He was born in Ekaterinoslav as Jakub Brojdo on 17th May 1917 and shifted to Chicago in 1937, adopting the name, Yascha Brojdo. He resided in Oak Park with his uncle Aaron Broyde who was a physician, while he pursued his MFA and then served as a Russian interpreter for the US Army in the Second World War. He was released from the Army in 1947 after which he began working with Max Wille in New York, a guy whom he had met in art school, where he started painting metal serving trays which were instantly successful.

It was Wille who invented Brojdo's stage name, giving birth to Georges Briard, which was used to mark all of Brojdo's commercial items. He came up with the name Georges because he liked its French sound and Briard was the name of the breed of the dog that Wille had recently lost. Georges Briard was an artist first, then a designer.

Although he did use his real name to sign his paintings, Georges Briard went on to become Brojdo's signature as a designer, on all his commercial items which were hugely admired. M. Wille Company was the first one to produce his outstanding designs which later collaborated with Philip Stetson.

The Society of Glass and Ceramic Decorators honoured him with the Frank S. Child Lifetime Award for his amazing contributions to the field of glass and ceramic decorating. Even though Georges passed away in New York City at the age of 88 on 30th July 2005, his work still lives on and is extremely popular till date.