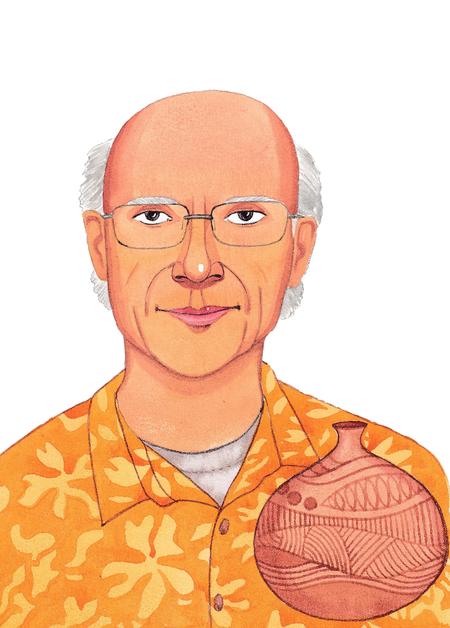 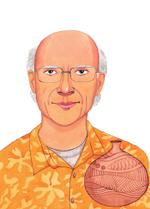 Celebrated pottery artist - Frank Matranga was born and brought up in Southern California. He studied at the Pasadena Junior College and secured his graduate degree in 1953. Matranga is a true-blue Californian in every sense of the phrase. He served in the army as an illustrator for two years after which he began his studies at the California State University at Los Angeles. He was awarded a Bachelor Degree in Fine Arts at the same college. After his graduation he unwittingly got involved in ceramics as the only job available was that of a Ceramics teacher in Whittier, Calif.

Thus began his teaching career in 1957. Since he had no experience in pottery, he enrolled in a summer class in ceramics at the Chounard Art Institute. The class, which was taught by Otto and Vivica Heino, sparked his interest in clay. Towards the end of the semester, Frank had discovered his passion. He felt like he belonged in the world of ceramics. He was a craftsman at heart and used to whittle wooden toys and knifes for his playmates as a child. With this realization, Frank began to pursue ceramic studies.

Matranga taught the high school ceramics class for four years. He soon joined the Los Angeles Harbour college in the capacity of a substitute teacher. He bagged the job as a permanent teacher after the original teacher gave up her job. Frank continued to work at the Los Angeles Harbour college for the next 20 years. However, by no means did he stop educating himself. He pursued his Art studies further and in 1960, he had earned a Master degree in Fine Arts. He then used up the last of his G.I Bill money to enrol for the Advanced Graduate Studies course at the University of Southern California in the class taught by Carlton Ball and Susan Peterson. He also learnt from Ken Starbird, towards whom he has immense respect. Frank has said that it was Ken who turned him into a potter.

Frank steadily earned recognition and acclaim through the 1960s, and by the end of the decade he had carved himself a niche. His work has been exhibited at various events and museums including the Design West in New York, Century 21 at Seattle’s World Fair, California State Fair, Young Americans in New York, Los Angeles’ All City Art Fair, and New York’s Ceramic National.

Frank Matranga bagged a job at the Ceramic Design Showroom and spent two years under the tutelage of renowned L.A-based potter, Raul Coronel. His work at Coronel’s paid off, as the techniques he picked up were immensely important and useful in his later career. Soon after, he established a studio of his own at Redondo Beach. He was now forced to balance his time between his studio and teaching schedule. Since he also participated often in local arts conventions, he ran on a tight schedule which helped him forward in his journey to fame.

In 1970, a student pushed him to submit a proposal for a mural project at the Sears and Roebuck store in Escondido. He won the proposal and earned himself a commission worth $92000. In the span of a year, Frank designed and sculpted seven clay murals. Each mural was 20 feet in length and 30 feet in height. Through this project, he was able to buy himself a posh house and a classic Porsche. Apart from the monetary benefits, Frank gained invaluable experience through the project. In his own words, “That job was a big one. I saw all the problems. I really knew how to do murals after that job.”

This project opened up new avenues for Frank and soon he received a slew of commissions from various banks, restaurants, libraries, private homes and corporate offices. He began with creating a mural for the La Canada City Library. Pleased with the work, the city of LA contracted him for mural work at other prominent libraries like Marina Del Ray, West Gardena, Baldwin Hills, Diamond Bar and Laverne. Matranga has produced 57 murals till date. He has been recognized as one of the best four art graduates of the Los Angeles University. He was proud of his mural work and has said “Doing the Sears murals and the libraries in Los Angeles meant my work got out there. People saw it, and that was one of the best opportunities I’ve had to show my craftsmanship in clay.”

In 1977, Frank Matranga was introduced to Chico Shibuya, a Japanese artist. Shibuya was so impressed by Frank’s work that he offered him an art residency in Yokohama, Japan. Frank’s career had just gone global! He lived in Japan for five months and spent his time working alongside young pottery artists. He met the celebrated pottery artist and Japan’s ‘National Treasure’, Shoji Hamada. Frank was again invited to Japan to be a part of a series of ‘one-man shows’. His appearance on these shows paved way for another Japanese interview which was aired on television. Frank and his wife Casey were also invited to tea by the celebrated British potter Janet Leach. Janet Leach, wife of studio potter Bernard Leach, had been in Kyoto for an exhibition. Frank’s tryst with Japanese culture was something of a spiritual experience to him.

The Japanese are immensely fond of pottery and Matranga said that the exposure to pottery in Japan is immense, due to the many pottery villages in Japan. He has said, “In Japan, when you walk down the street and you’re a potter, people know who you are and they want to talk to you”. His pottery range ‘Earthquake series’ has been highlighted in the Art and Perception magazine. His signature ‘Branch-handled pots’ have been featured in the Carol-Duval show, aired on HGTV.

After retiring from his teaching career, Frank Matranga settled to work out of his large home studio. His studio, built with his brother’s help, was 400 sq. feet in area and housed two potter’s wheels and three kilns. Matranga kept his studio supplied with large quantities of clay and continued to fashion different pieces of pottery. He would exhibit his work thrice a year and also continued making murals on commission. Between major projects, he would also find time for smaller articles of pottery. In his own words, “As you develop as an artist, you start pushing boundaries. I’m doing that now: pushing boundaries, trying new things and really having a lot of fun with it." He passed away at 83 from leukaemia.