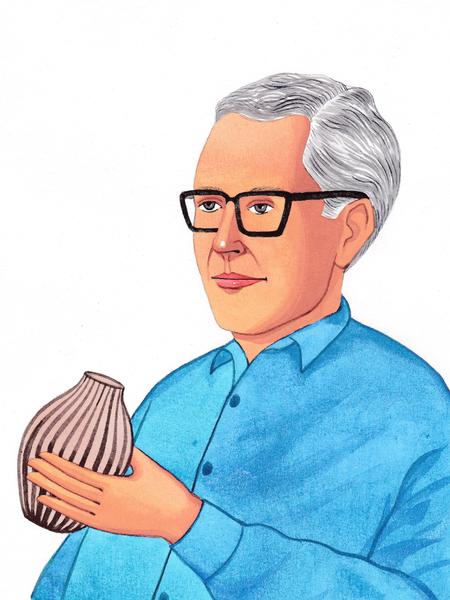 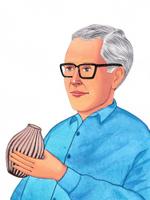 Karl Edvin Öhrström was born in Burlov, Sweden in 1906. Having a father who worked in the railroad at Halmstad, he had himself worked as a railroad worker for a while. However, he soon decided he wanted to be an art teacher and studied at the Tekniska skolan in Stockholm. Later, he studied sculpture at the Royal University College of Fine Arts under the tutelage of Carl Milles and Nils Sjögren. For the next 25 years, Edvin worked at Orrefors glassworks for a couple of months every year. Around that time, he created a number of fine works with the Ariel technique, which he and his colleagues Gustaf Bergkvist and Vicke Lindstrand had invented together.

His association with Lindshammars Glassworks, which began much later, was where he created his inimitable style of sculpturing that made use of light and colours to craft jewel-like glass articles. Edvin was awarded the task to design a glass sculpture for Sergels torg public square in Stockholm, which he did so by creating the glass and steel monolith called Kristallvertikalaccent in 1974.

Standing at a height of 37.5 metres, and weighing 130 tonnes, the structure had 80,000 glass prisms produced by Lindshammars Glassworks and four lamps inside the structure to illuminate it brilliantly. He received his biggest honour in 1979 when he was bestowed with the Prince Eugen Medal for his sculptures. Karl Edvin Öhrström passed away at the age of 88 in 1994.