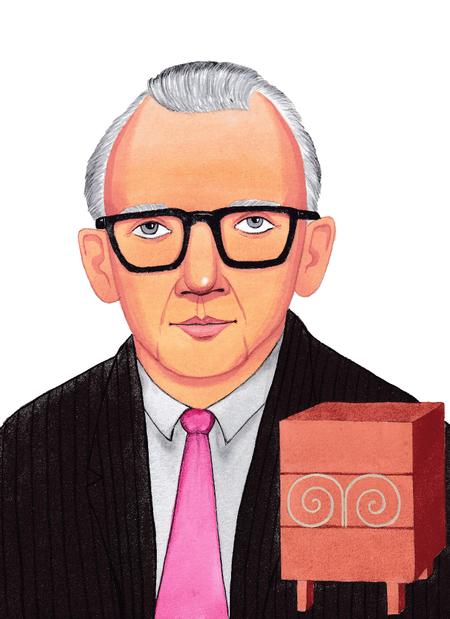 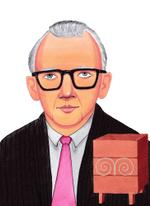 Many designers have been forgotten even though their work continues to thrive till date. One of them is Edmond J. Spence, on whom there isn't much information available despite of his works being greatly valued even today.

Edmond Spence was an American designer who construed Danish Modernism in his own way and fused it with the atomic and natural sway of the 1950s and hence created a name for himself. Most of Spence's work was done in the early to late 1950s which was produced by a few Mexican and Swedish manufacturers. Spenceís work is best described as an amalgamation of a little deco and tiki with atomic and Danish sway.

Spenceís family owned a furniture business that produced conventional and superior quality furniture which included custom carved pieces that were complex. As a trained designer, he produced industrial as well as household products like radios and clocks.

He then re-focused his attention back to furniture and realized the impact that simple modern design was having on the furniture market at that time. Many companies including the Batavia family firm, sold Spenceís modern furniture and he received exclusive rights for his design of a sofa that was identical to a futon, which opened up into a flat bed.

Spence had a knack of recreating designs from other cultures around the world in a way that would attract the fans of American modernism. He created Asian and Swedish- inspired designs that were produced from light colored woods like sycamore, curly maple and birch in the 1950s, which was produced in that country and then imported by Walpole Furniture of Massachusetts.

His Mexican- inspired designs called the Continental- American Collection, that bore the tag Ageless Furniture- Edmond J. Spence Designî which brought him excellent name and fame, was produced by Industria Mueblera of Mexico. These comprised of slightly heavy, dark wood pieces that were given height by mounting them on small legs and were sometimes complicated yet simple and modern.

Having had an early experience in the family business, Spenceís objective was that quality furniture should be available to everyone and because of his belief that everyone should have access to good furniture, the price of his designs varied extensively from being affordable to highly expensive.

In the early 1950s, Spenceís work was showcased at the Metropolitan Museum of Modern Art, New York which received commissions from royal families and famous people from different countries. He won awards for some of his designs and his furniture was also used for a long time on the set of I Love Lucy.

Spence and his wife launched a retail furniture shop in Florida and the Bahamas, which consisted of fine art and superior furnishings. Even after he began aging, Spence continued to work on designing grandfather clocks and complicated storage systems that would fit at the back of a door and a skylight system for his wife's dressing rooms.

In 2010, an article was published on Interior Design magazineís blog advising people to purchase any piece of Mexican Modernism that would be available in thrift stores, as it was going to be the trend to follow and would be in absolute demand.