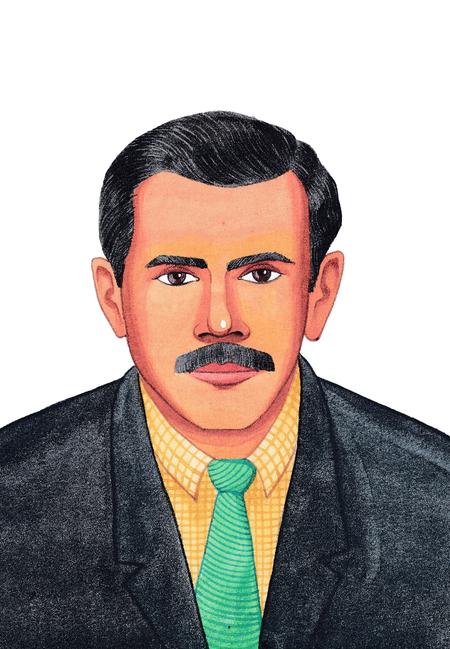 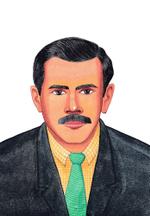 Dave Chapman was an industrial designer and architect best known for his revolutionary designs of schoolroom furniture. He studied architecture at the Armour Institute of Technology in Chicago, now named the Illinois Institute of Technology. Apart from furniture, Chapman has also designed home appliances like radios, hairdryers, refrigerators etc. In 1947, he designed a modernised sewing machine which featured a chrome grille. The grille gave it the modern, streamlined look of an automobile and was showcased at the American Society of Industrial Designers exhibition.

Dave Chapman received many accolades in his time. He was the President of the Society of Industrial Designers in 1950. He has also been honoured with the Benjamin Franklin Fellowship awarded to him by the Royal Society of Arts in 1960. Chapman’s company also designed a range of schoolroom furniture made of tubular steel and plywood. Designed for Brunswick-Balke-Collender, the range won the highest award conferred by the Society of Industrial Designers.

He joined Montgomery Ward and was soon promoted to Head of Product Design, by Anne Swainson, who was leading the firm’s Bureau of Design. He was also a part of the design staff at the Century of Progress Expo during 1933 and 1934. He continued to work for Montgomery until 1935 and designed a number of new items.

In 1936, he quit Montgomery and established Dave Chapman Inc. - his own design firm. He appointed William Goldsmith, Paul Specht and Kim Yamasaki, who soon became his partners. Thus they changed the name of the company to Goldsmith Yamasaki Specht Inc. in 1970. The company worked with a number of clients like International Harvester, Scovill Manufacturing Company, Parker Pen Company, Brunswick-Balke-Collander, Johnson Motors Inc., Corning Glass, Sears, Hamilton Beach and Maytag.

The company provided consulting to help clients transition to peacetime production after the second world war. In 1954, Chapman established a subsidiary which offered long-term planning as a service. He named the company Design Research Inc. Chapman re-joined Montgomery Ward in 1955 in order to re-establish the Bureau of Design, which was helmed by Frederick W. Priess.

Dave Chapman retired in 1970, leaving his company in the hands of Goldsmith, Yamasaki and Specht. Under the leadership of the trio the company continued to develop items of exceptional design. Goldsmith, Yamasaki Specht Inc., was acquired by First Design, a Kansas-based design company, in 1996. At that time Paul Specht was the only partner. After the take-over, David McCormick, a partner at First Design succeeded as President. The Chicago office operated until 1999, after which it was purchased by Sundberg-Ferar.