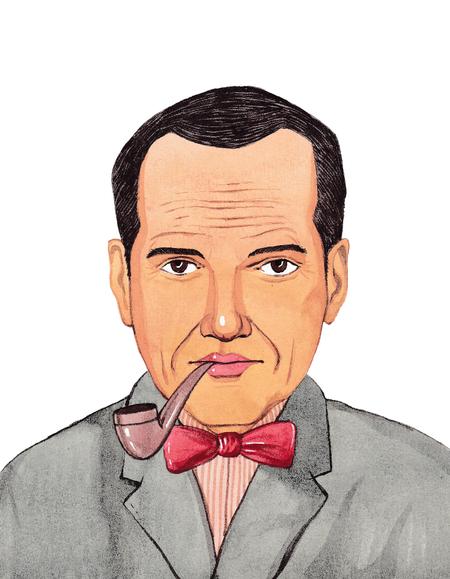 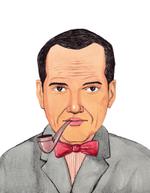 Charles Eames studied architecture on a scholarship in St. Louis at Washington University, but was dropped because of his modern architectural interests and his support to Frank Llyod Wright. His perspectives were considered to be too modern. While at St. Louis, Charles was appointed at Trueblood and Graf as an architect which affected his performance at the university as he was sleep deprived because of studying as well as working.

He married Catherine Woermann in 1929 and the following year they had a daughter named Lucia Jenkins. In the same year, his own architectural practice commenced along with his partner, Charles Gray who were later on joined by Walter Pauley.

In 1938, Charles accepted Eliel Saarinenís offer to study architecture at the Cranbrook Academy of Art and thereon begin teaching and head the industrial design department and thus moved to Michigan with his family. Eames area of focus for the Architecture and Urban Planning Program was the St. Louis waterfront. Elielís son, Eero and Charles created furniture for the Organic Design in Home Furnishings competition held by New Yorkís Museum of Modern Art, which won because of their unique wood molding technique that was incorporated in numerous molded products like chairs and other furniture and in splints and stretchers which were used during World War II by the US Navy.

Charles moved to Los Angeles, California in 1941 after he divorced Catherine and married Ray Kaiser who was his colleague at Cranbrook. There they designed their home, the revolutionary Eames House, Case Study House #8 that was built by hand within a span of few days using pre-fabricated steel parts and was situated on a cliff that had a view of the Pacific Ocean, as part of the ìCase Studyî program by Arts & Architecture magazine. Even today, this house is considered to be a landmark in the modern architectural field.

Charlesí philosophy of the banana leaf parable was explained by him in his Charles Eliot Norton Lectures at Harvard University. He associated the process of transformation of the simple banana leaf which is used in southern India as a utensil to eat in, into an extremely complex yet beautiful piece. He relates the designing process and completes his story with the following words: But you can go beyond that and the guys that have not only means, but a certain amount of knowledge and understanding, go the next step and they eat off of a banana leaf. And I think that in these times when we fall back and regroup, that somehow or other, the banana leaf parable sort of got to get working there, because I'm not prepared to say that the banana leaf that one eats off of is the same as the other eats off of, but it's that process that has happened within the man that changes the banana leaf. And as we attack these problemsóand I hope and I expect that the total amount of energy used in this world is going to go from high to medium to a little bit loweróthe banana leaf idea might have a great part in it.

Charles rightfully earned a star on the St. Louis Walk (Wall) of Fame after his death in 1978 due to a heart attack when he was travelling to his native.