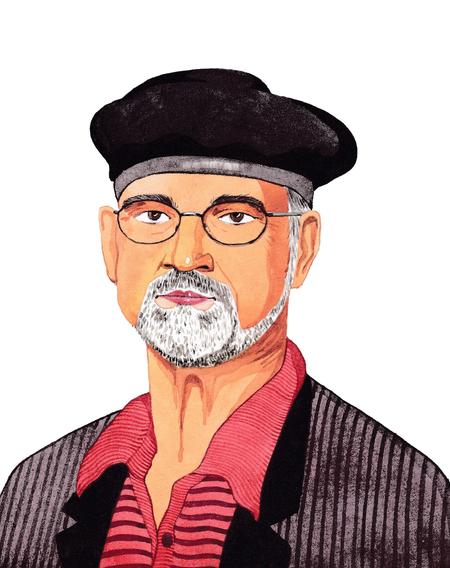 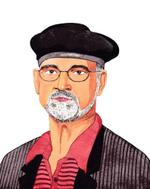 Bertil Vallien, one of the most noted artists of all times, was born in the suburb to the north of Stockholm, called Sollentuna in 1938 where he and his siblings grew up in the influence of the Pentecostal movement and in a strict and religious atmosphere.

Bertil began working in his father's decorating firm as an apprentice but was fired when he covered an un-papered wall with drawings that could be seen even through the wallpaper. He then pursued a commercial course at Borgarskolan polytechnic while working as a window-dresser, after attending a school teacherís business school for 6 months. He also took Life Drawing classes in the evening at the Konstfack School of Arts, Crafts and Design in Stockholm in 1955, after which the Ceramics department accepted him to their two-year foundation course which led to two years of advanced Industrial Design training (HKS/SAID) thereafter.

While serving the military provisionally, in 1959 Bertil was able to finally make a decision as to which field he wanted to establish his career in and thus decided to continue at Konstfack where he loved his job and put in days and nights of hard work.

He then married Ulrica Hydman, a ceramics student and moved to Los Angeles to join the HAL Fromholt Ceramics Company that was owned by an artist who produced craft-based products and was in need of a dynamic Swedish designer. Bertil went on to becoming a precious asset to the company with his fresh designs and within a short span of time, established his own studio even after which, he continued to work for the factory on a part time basis. Bertil established strong relationships with other artists in L.A. along with the two Universities of California, which were significant meeting points for gallery owners and art critics, where he attended a number of debates and lectures.

Bertil has many accolades associated to his name. He was awarded the first place for his entry Family on Whale in the stoneware section and was nominated one of the best young artist-craftsmen of the year in the US. He was also victorious in the annual 'Young Americans' competition. Unaware of the escalation in studio-glass, Bertil's concentration was majorly on ceramic art. His works were classic, dynamic expressions that were extensions of pieces of former students. Later on C.H. Afors offered him a designing job at Afors glass-factory which is why Bertil moved back to Sweden.