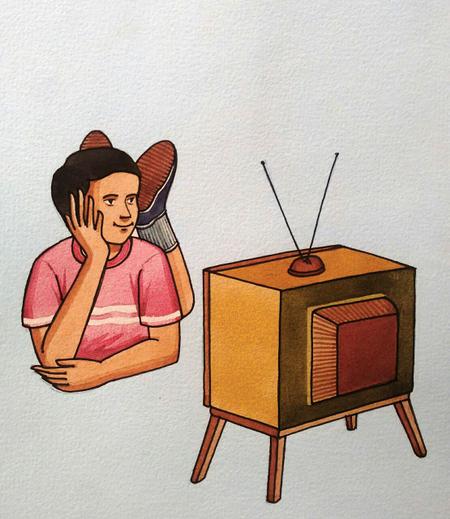 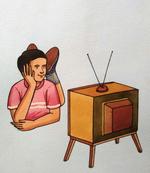 Zenith Radio Company was formed by Ralph Matthews and Karl Hassel in Chicago, Illinois in 1918 as Chicago Radio Labs. Chicago Radio Labs was a small manufacturer of amateur radio equipment. The co-founders came up with the name Zenith from ZN’th, a contracted form of their ham radio sign, 9ZN. LCDR Eugene F. McDonald joined Matthews and Hassel in 1921, and Zenith Radio Company was officially and formally incorporated in 1923.

Zenith’s first portable radio was introduced in 1924. It brought out the first mass-produced AC radio in 1926, and push-button tuning radio in 1927. Zenith then introduced automobile radios in the 1930s with its radio called Model 460. They advertized the fact that the radio did not need a separate generator or battery. It was priced at $59.95.

Zenith’s first television set was introduced in 1939, and its first commercial sets, in 1948. The invention of things like the wireless remote control and the FM multiplex stereo is attributed to Zenith. Zenith established Chicago’s WWZR in 1940, one of the first FM stations in the United States. The WWZR was later called WEFM, named for Eugene F. McDonald. The WWZR was among the earliest FM multiplex stereo stations, with the first broadcasting in stereo in June 1961. The station, sold in the early 1970s, is now called WUSN.

Zenith was also the first to develop high-contrast and flat-face picture tubes, and the MTS stereo system used on analog television broadcasts in the United States and Canada. The MTS stereo system was completely different from the BBC-developed NICAM digital stereo sound system for analog television broadcasts, which was used in many places, all over the world. Zenith was also among the pioneers in introducing the digital HDTV system implementation. Some parts of this system were included in the ATSC standard, beginning with the Grand Alliance in 1933. Zenith has another first to its credit. It was among the first manufacturers in America to market a home VCR. It started selling a Sony manufacture, the Betamax video recorder, from 1977.

With the entry of Japanese companies, Zenith’s financial conditions began to deteriorate. Zenith was concerned about losing its market share to the Japanese companies, and so, in 1974, filed a suit in the Federal Court of Philadelphia accusing major Japanese electronic and television manufacturers of violating the United States Antitrust Laws and the Antidumping Act of 1916. Zenith joined two other American companies in this suit – Sears, Roebuck and Co. and Motorola, Inc. This suit was later titled In re Japanese Electric Products Antitrust Litigation, and sought $900,000,000.00 in damages. The litigation went on for years, and by the end of 1983, Zenith had spent millions of dollars on it. The trial court dismissed the lawsuits and entered summary judgment in favor of the defendants in 1981. The decision of the trial court was affirmed by the appellate court. The suit went up to the Supreme Court of the United States, which in 1986 ruled in favor of the defendants on the antitrust claims. Zenith hoped to get some relief on the antidumping claim, but these hopes were dashed when the Supreme Court refused to hear Zenith’s appeal against the decision of the U.S. District Court of Appeals in Philadelphia upholding the decision of the trial court in favor of the Japanese companies.

Zenith made its debut in the computer market in 1979 by purchasing the Heath Company from Schlumberger for $64.5 million, and created the Zenith Data Systems (ZDS). It changed its name to Zenith Electronics Corporation in 1984 to signify its interests in computers and CATV. Also, it had discontinued its radio business two years before.

The profits that ZDS made, kept Zenith going in the 1980s, because by that time, it had lost a lot of money in its television business. With a view to reduce debt and collect money for HDTV reasearch, Zenith’s ZDS was sold to the Bulle Group in October 1989 for $635 million. The financial situation worsened by the next year, and Zenith looked very much on the verge of a hostile takeover. To avert this situation, it entered into a technology-sharing agreement, and sold 5% of itself of itself to LG Electronics. The last major update or modification to Zenith’s analog line was the System chassis in 1978, which meant that the analog line was aging. Also, United States looked to be decades away from embracing HDTV. These two factors meant that Zenith’s chances of staging a recovery were bleak. In 1995, LG came to the rescue by raising its stake to 55%, and this assuming controlling interest. In 1999, Zenith filed for Chapter 11 Bankruptcy, and as a trade-off for assuming its debts, LG purchased the remaining 45% of the company. During this time, some of Zenith’s products were being renamed and relabeled as OEM under the Admiral name. Motorola purchased Zenith’s moneymaking Network Systems division that produced set top boxes for cable and satellite TV, in the summer of 2000, making it a part of the Motorola Broadband Communications Sector (BCS).

Made by Zenith Electronics
1918
1999
Chicago, Illinois