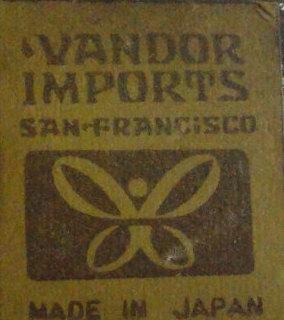 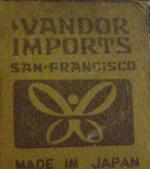 Ted Van Doorn’s general manager at the time the company turned 25, recounts his experience at Vandor Imports. He says that by that time, Ted Van Doorn was a legend in his field – the gift and housewares industry, he gave his competitors a tough fight on the strength of his designs. Such was his influence that most of his competitors believed his company had better sales than it actually did. All the while, Ted Van Doorn just thought hard, studied and designed, making the best use of opportunities and problems.

Working with Ted Van Doorn was a demanding experience – the sort of experience that makes and builds people’s careers. It was easy to learn from Van Doorn – not only was he always ready to share and explain his ideas, but just watching him work taught people a lot. Once, when his general manager suggested that they package a very popular trivet a little more securely and attractively instead of using just a cardboard case, Van Doorn, in an amused tone said, “Why package nicely something we cannot keep in stock? If it starts to die, we’ll think about tarting up the packaging.”

Van Doorn was a leader in the design world, and he helped many young designers start their careers. While the threat of knockoffs worried most designers, Van Doorn was unaffected by it. Many of his popular designs were copied and imitated without permission. He did not let this bother him, because the copies were from inferior factories, mediocre importers, and were meant for second-rate, average customers. His common sense told him that the knockoffs were no business of his, and he wisely decided to let the designers hold the intellectual property rights to them.

The narrator further recounts that when he was interviewing for the job at Vandor, he asked Ted Van Doorn about his life and background. Van Doorn told him that he was born in Japan, that he had seen the great Kanto earthquake of 1923, and that he had studied in Kobe at the Canadian Academy till 1939. He came to the United States in 1951 and started Vandor, which grew into the company that hired the narrator. The narrator wisely desisted from asking Van Doorn how he was not drafted into the army during World War II, as all men of military age then were. Van Doorn clearly did not want to talk about it, and out of politeness, nobody enquired about it, or mentioned it.

After his death, his memoir came out, with all the details of the World War II years. Van Doorn was a half Dutch, half Japanese boy, enlisted into the vicious Imperial Army. He spoke English and Japanese fluently, but could not read or write in Japanese. Sent to Manchuria to serve, he was captured by the Soviets and was imprisoned in a gulag for a few years, until he was deported to Japan. How Van Doorn managed to go to the United States is an interesting story in itself.

Ted Van Doorn was a pioneer and trailblazer in the tabletop industry. The Vandor Company that he started in 1957 was going through a rough patch in 1991, and was sold. In 1995, the company was purchased by the Lyon Company. The products they have since created have enthused the ‘Baby boomers’ of the 1950s and lovers of the classic pop collectibles. The Vandor strictly follows the standard and criteria that it has set for itself in creating a new product. The icon or license should have a nostalgic feel to it, that is, it should be at least 35 years old; it must be loved and accepted by three generations, and also be popular. Their products and catalogs tell us just how strictly they have followed these rules. Some of the licenses over the years are Betty Boop, Marilyn, Elvis, Mayberry, the Beatles, and the Grateful Dead (1999-2006). Janis Joplin, Scooby-doo, the Honeymooners and the Pink Panther are some of their other popular licenses.

Many of these licensees, like the Grateful Dead, are not with the company any more. Vandor has ensured that legends of the past live on by making fashions and icons of the old appealing. They make and supply cool, hep and useful products for people of all ages. Vandor has set itself very high standards and has strived to maintain them over the last fifty five years in designing and marketing licensed consumer goods that add to the wholeness of the celebrated properties.

Some of Vandor’s creative and trendsetting products include a number of top pop culture icons like Star Wars, Elvis Presley, The Beatles, Marvel Comics, Doctor Who, My Little Pony, and many more. Vandor creates hundreds of products which are distributed through leading retailers and e-tailers, and the independent giftware channel.