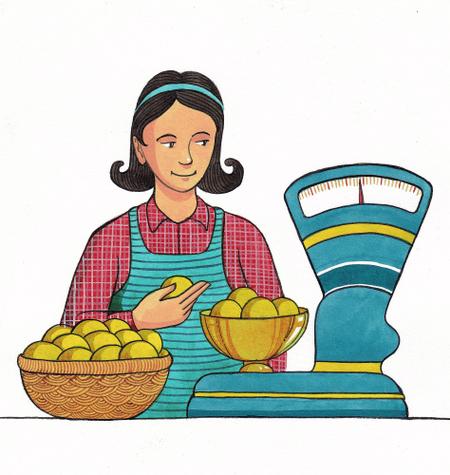 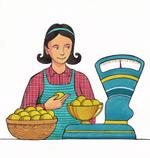 The Toledo Scale Company was established by Henry Theobald in 1901. Theobald was at the helm for almost twenty-five years. Throughout these years, he demonstrated his intelligence, imagination and mettle. Henry Theobald recognised the potential of a new-age weighing scale invented by Allen DeVilbiss Jr. The scale had the accuracy of a gravity-based scale along with the quickness of an automatic. In addition, it provided the indication of weight and calculated value. At its inception, the directors of the company were Henry Theobald, J.B Rose, Lenox S. Rose and C.E Young. Allen DeVilbiss, the inventor of the scale became the Factory Manager.

In spite of the typical problems faced by a newly emerging company, like raising capital and product marketing, the company flourished. The manufacturing and marketing needs often ran neck-in-neck with the need for capital, and the company grew rapidly in its initial years. Within a span of five years, most grocery counters in the country were equipped with a Toledo scale. Although the cost of a Toledo scale was about six to ten times more than the cost of a regular balance scale, most grocers had already made the transition.

Soon it came to light that the Toledo Fan Scale , although brilliant at grocery weighing, was not ideal for the meat industry. Thus, in 1906, Toledo introduced a cylinder-based scale of bright blue covered with golden filigree work. Just like the original Toledo, it did not have springs for weighing, but was pendulum-based. Its price calculations were precise and its accuracy was higher than the other scales in the market. It was due to these features that Toledo’s famous slogan – ‘No springs, Honest weight’ – was coined.

It didn’t take long for Toledo and its slogan- ‘No springs, Honest weight’, to become a well-known name beyond the country. Theobald’s able leadership drove the company further. Soon Toledo scales were being exported to Europe. A subsidiary company was started in Canada. The 100% club, which is the one of the oldest and most famous sales-quota clubs in America began in 1911, after sales records skyrocketed at Toledo.

During this time, Toledo scales worked hard to create an awareness for the need of accuracy in weighing scales. In those days, there were some scales which were so configured, that the purchase cost of the meat was computed to be the same as the selling price, while still showing a profit. As a part of the Honest Weight Campaign, Mr Theobald of Toledo Scales did much work in this regard and fought for the rights of both merchants and consumers. These campaigns provided considerable motivation to legislators and lawmakers for the enactment of weights and measures legislations in many states of America. As a positive side-effect, the campaigns also propelled Toledo Scales to greater heights. Toledo became a name recognized by all. The parades showcasing new installations, banners and signs, printed marketing material and sales conventions had paid off.

As their sales increased, Mr Theobald set up a services facility and ensured adequate training to the employees responsible for service delivery. He emphasized on the need to provide quality installation and maintenance services to their customers. He famously said “We are not obligated to make more scales, but we are morally obligated to maintain the scales that we have built”. As a result, a Toledo service centre is available wherever there is sale of Toledos.

After the death of Mr Theobald in January 1926, Hubert D. Bennett succeeded him as President of the Toledo Scale Company. The new management brought about a series of change and development within the company. The company acquired added funds corresponding to the amount of sales and business.

A number of changes were made to the products of the company. In 1920, the grocery scales began to be coated with porcelain instead of golden lacquer. A subsidiary company was established to manufacture porcelain enamel in order to ensure quality enamel products. The company also began producing specialized weighing products to cater to different industries. These new products were found to be especially useful in the automobile industry for force-measuring. In 1929, Toledo Precision Devices, Inc., a subsidiary of the Toledo Scale Company was established.

Due to the increase in the product range being offered at Toledo, there was a need for further extension of the plant. However, the chief plant was compact establishment without any room for expansion. Thus a number of small factories were established around the area. Although these were seen as a mark of progress, they caused a number of problems in the next few years.

The company also began making long-term plans at this time. In 1929, they purchased a site for building a plant in the coming years. The company laid much weight on research and set up many engineering centres. Training programmes were developed for sales and service personnel. The focus on international sales increased and a comprehensive expansion plan was formulated. A number of sales and service offices were established. All this led to an increase in the sale volume.

The company also developed a framework for district and zone operation which is being used even today. They established a close interaction with customers leading to timely and personalized service. As a happy by-product, the company gained insight into the needs and pain-points of the customer.

In the year 1929, Lenox Rose, H.D Bennett, W.C Gookin, W.A Zolg, O.C Reeves, H. L Thompson, W.W Knight, Rathbun Fuller, John T. Rohr and F.L Geddes were at the helm as directors of the company. Due to the deteriorating retail industry in the early 1930s, Toledo faced a few lean years. The company met the challenges head on and introduced new, improved products. At the Mellon Institute in Pittsburgh, a Toledo fellowship developed the first naturally white-coloured plastic. Recognizing the potential in the market for this new plastic, Toledo established a new subsidiary for its manufacture. The plastic material was named Plaskon and turned out to be immensely fruitful for the company.

A new pivot design was introduced in 1931, which was a part of an industrial range of floor scales. In the earlier scale models, accuracy had to be configured through cumbersome adjustments. The new pivot-scales featured pre-configured pivot accuracy. They were also self-gauging and were a great improvement to the industry. In 1931, The Toledo Scale company passed a new milestone with the introduction of the Toledo Printweigh Scales. The introduction of this model was as momentous as that of the Toledo Industrial Dial Scale many years ago. The Printweigh scale was unique in giving the printed and identified weight.

Since Toledo had already built a network of service facilities and sales centres across the nation, they decided to leverage their experience to provide more products to the food industry. Accordingly, in 1934, they began distribution of small kitchen items like mills, choppers and slicers. Toledo also provided quality servicing for these products. The sale of these items continued until the second world war. In 1935, the Sentinel Duplex scale, which was exemplary in its application of scientific research, quality manufacturing techniques and efficient design, was introduced. It used aluminium to bring down its weight by almost 90 pounds and its casing was moulded from plastic. Such a large plastic moulding had never been created before.

Two new subsidiaries were formed to accommodate the accelerated progress of the company – a heavy machine company and a foundry in Defiance, Ohio. However the new factories and plants did nothing to diminish the problems of having a distributed operation. At that time Toledo had over seven plants in different parts of the country. The site which was bought in 1929 was finally utilized by building a new factory plant. It was an 80-acre site situated on Telegraph Road near the northern border of the city. The plant was built in 1939 and it solved the company’s space constraints for the next few years. The plant is exemplary in terms of its plan and is still studied as a model for modern-day factory construction.

Toledo technology like the double pendulum found a number of wartime applications. It was used in the Toledo Dynamometer Scale to measure the torque of plane engines and diesel engines for landing aircrafts. Their continuous weighing scales checked the tire tread-stock and ensured quality control. Toledo’s custom machinery were used to perform quality testing of springs and piston rings. Toledos were used to test the balancing on huge bombers and hopper scales were used to measure out the elements for manufacturing rubber.

Toledo’s service and distribution network proved to be a boon during the war. Since war plants were situated in far-flung locations across the country, Toledo’s service centres were employed to provide maintenance and installation services for users. Toledo personnel performed excellent service in spite of the wartime constraints. Toledo maintained its service standards over the globe, even under conditions of duress.

In the ‘40s, a number of new changes were effected in the company. A new plant was built in 1939 and expansions were made in the next three years to accommodate the company’s growth. These additions increased the plant’s capacity by half. New facilities were constructed for training purposes. Toledo was further split into three major functions – Research, Development and Production. Two of the Toledo subsidiaries were sold namely, Plaskon and the porcelain enamel manufacturing subsidiary.

The world war came to an end in 1945 and the demand for scales skyrocketed. During the war, sales had been low, and once the war ceased, the backlog had to be fulfilled. In order to increase the plant capacity Toledo had to introduce modern technological methods and processes. So far the assembly was on a single product basis. After major investments in machine tools and processes, the assembly line was automated and the first production line was formed. Even products like Toledo’s industrial range, which had over 45000 different variants was successfully automated into a singly assembly. Comprehensive training programmes were formulated for sales and service personnel. A new product called the Chopper was also introduced.

New products were introduced in the post war years, especially in the food industrial line. After the Chopper in 1945, a larger, improved Chopper was announced. Other products like the Power Meat Saw, the Slicer, and the Toledo Steak Machine were introduced. In the weighing scale line, the newest product of this period was the Guardian 7 Duplex, with outstanding reading features and precision. In 1949, Toledo bought the Sterling Kitchen Machine plant at Rochester in New York. Through this move, the company was able to introduce a new range of products. They also sold the plant in Defiance in 1946.

Today Toledo is headquartered at Ohio where it has a sprawling campus. However, Toledo has more employees on field than at the Ohio HQ. This is because Toledo is represented in more than 50 countries and has offices in over 200 cities in the US. The Ohio office has well-manicured lawns and a meticulously maintained plant. Visitors are often impressed by the sheer number of models being manufactured and the custom batch lines which automate the food machine production. The employees are well taken care of, and Toledo provides an excellent pension and group insurance plan. Interestingly, it was the Toledo company that started the concept of providing group insurance plans, and its first plan was rolled out as early as 1916. All these perquisites have ensured a large employee base. Employees take pride in their workmanship, which serves to enhance the Toledo brand.

Today Toledo manufactures all major types of scales and was at the peak of its success even during the latter part of the 19th century. The current Directors are John T. Rohr, W.W Knight, W.W Knight Jr., Milton Knight, Orrin Wood Sr., W.M Randolph, C.O Marshall, Harris McIntosh and H Lawrence Thompson.