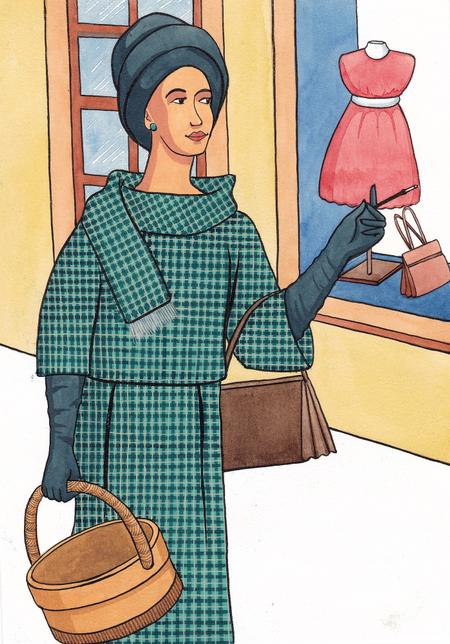 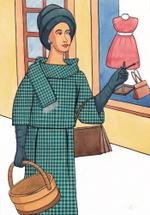 Saks Fifth Avenue is headquartered on Fifth Avenue in Midtown, Manhattan, New York. It is a chain of American department stores that is owned by Hudson's Bay Company which is a Canadian retailer. The companies that were in competition with Saks were Bloomingdales and its sister Lord & Taylor, Bergdorf Goodman and Neiman Marcus.

In 1867, Andrew Saks founded a business which later was incorporated in New York in 1902 that led to the establishment of Saks & Company. After the death of Saks in 1912, the following year, Saks & Co. fused with Gimbel Brothers, Inc. which operated as a separate autonomous auxiliary, owned by Bernard Gimbel who was the cousin of Horace Saks. Gimbel and Saks launched Saks Fifth Avenue on 15th September 1924 south of St. Patrick's Cathedral that stood facing the Rockerfeller Center in New York City. Starrett & Van Vleck were its architects who designed a quiet, refined Anglophile front wall very much alike Gimbel's Pittsburgh Department Store.

After the unpredicted death of Bernard, his brother Adam Gimbel took over as the president in 1926 and kick-started the company's expansion which led to the launching of seasonal resort branches on Palm Beach, Florida and Southampton, New York in 1928. In 1929, Saks opened a store in Chicago which was their first full-line round-the-year store. This was followed by the opening of another resort store on Miami Beach, Florida. Saks also opened a store in Beverly Hills, California in 1938. Towards the end of the 1930s, Saks Fifth Avenue owned 10 stores which comprised of locations like Sun valley, Idaho, Mount Stowe, Newport and Rhode Island. They expanded their full-line stores in 1940 to Detroit and Michigan and in 1949 to Pittsburgh and Pennsylvania. They also launched a store in San Francisco in 1952. Later, in 1973 their diversification plan led to the acquisition of Gimbel Bros. by BATUS. The company continued to grow right up till 1990 when Investcorp S.A. procured Saks from BATUS.

Saks was taken over by Proffitt's, Inc. in 1998 which renamed itself as Saks, Inc. As of 2000, Saks has managed to open locations internationally across Saudi Arabia, United Arab Emirates, Bahrain, Kazakhstan and Mexico City. In 2007, the company received a plus zip code extension: 10022-SHOE (7463) by the United States Postal Service for its eighth floor shoe department. By 2013, 20% of the annual sales was generated at $1 billion by the New York flagship store.

The owner of Lord & Taylor, Hudson's Bay Company (HBC) declared that it would purchase Saks Fifth Avenue's parent company for US$2.9 billion on 29th July, 2013. They strategized the opening of almost 7 Saks Fifth Avenues in chief markets across Canada which would lead to a competition with Canadian Holt Renfrew chain and Nordstrom's expansion. HCB publicized that the very first Saks store in Canada would be developed on 150,000 sq. ft. within its Queen Street building in downtown Toronto in January 2014. This would be linked through a sky bridge to the Toronto Eaton Centre. The store opened in autumn 2015 and a second one in the Sherway Gardens shopping center is due to open in spring 2016.
Marigay McKee who was the former Chief Merchant at Harrods, became the president of Saks Fifth Avenue on 6th January 2014. She was then succeeded by Marc Metrick, previously an executive at Hudson's Bay on 2nd April 2015.

A three- year renovation plan of $250 million of the Fifth Avenue flagship store commenced in 2015 and during that summer it was also declared that a new location would be launched in Greenwich Connecticut and the Houston Galleria would be replaced with a new store during fall.