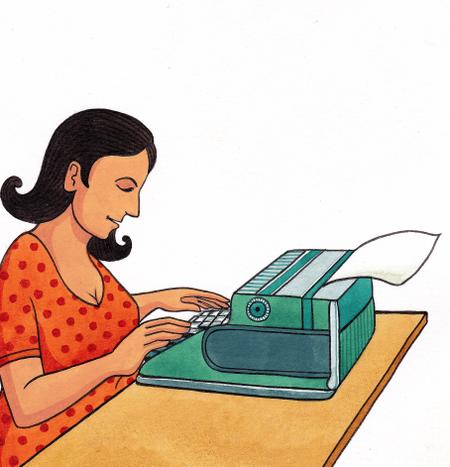 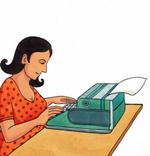 Edward B. Hess and Lewis C. Myers founded the Royal Typewriter Company in a machine shop in Brooklyn, New York, in January 1904. Hess and Myers had started out with limited cash and in 1905, when it had almost run out, they went to the wealthy financier Thomas Fortune Ryan. The typewriter was friction-free, had a ball-bearing and a one-track rail to support the weight of the carriage. It had a new technique of paper feed, a lighter and faster typebar action, and the words typed were completely visible. Ryan was very impressed with the new innovations and features and agreed to invest $220,000 on the condition that he would have financial control over the company.

The Royal Standard, the first of the Royal typewriters, was sold in March 1906. The Royal Standard had a ‘flatbed’ design and this made it different from its competition. The demand for the typewriters increased, and Royal purchased 5¼ acres of land in Hartford, Connecticut to build a new manufacturing facility with a floor capacity of 250,000 square feet. It took Royal $350,000 to build the facility. Manufacturing began in the facility in 1908.

The Royal 5 typewriter, also with a flatbed design, was introduced in 1911. In 1914, the Royal 10, Royal’s first model with the ‘upright’ design was introduced. These original models were flanked by two beveled glass panes on each side. Royal started using the brand name ‘Roytype’ for its line of typewriter ribbons and carbon paper in 1916. In 1926, years after the competitors like Underwood, LC Smith Corona and Remington, Royal made its entry into the portable typewriter market.

To advertise and promote the new portable typewriter, G. E. Smith, the president of Royal, paid $35,000 to acquire exclusive sponsorship rights during the September 23, 1926 Dempsey-Tunney championship match. This was the first boxing match with nationwide radio hook-up, and according to ‘The Daily News’, of New York, an estimated 20 million fans across America listened to the broadcast. Royal’s portable typewriters were very successful, and made the company the world’s best selling typewriter brand. The Hartford Courant of October 9, 1926 reported that Royal’s one millionth typewriter had been produced.

In August 1927, the president of Royal, George Edward Smith, came up with a unique idea to highlight the sturdiness of the Royal typewriters. He purchased a Ford-Stout tri-motor airplane, which came to be known as the Royal Airtruck, and dropped more than 200 typewriters in crates with parachutes to dealers over the country’s eastern seaboard on its maiden flight. 11,000 typewriters were delivered by Royal in this way, and only 10 of them were damaged. Edward B. Hess, one of Royal’s founders and vice presidents, died in January 1941, in Orlando, Florida. Hess had many inventions and over 140 typewriter-related patents to his name.

When World War II started, Royal contributed to the war effort by suspending typewriter production and manufacturing machine guns, rifles, bullets, propellers and spare parts for airplane engines. It was only in September 1945 that Royal got back to manufacturing typewriters and it took the company three years after this to cover its backlog. In 1947, Royal produced a gold-plated version of its popular Quiet Deluxe model. These models were limited in number, and Ian Fleming, the British writer of the James Bond novels, used one of them. Ernest Hemingway and many other writers also used a Royal typewriter.

Royal’s innovations were picked up and used by other typewriter manufacturers. Royal filed patent violation suits against these companies and won the cases against Remington and LC Smith Corona in 1947. Royal introduced its first electric typewriter in February 1950. Also in the same year, the founder of the company, Lewis C. Myers died in Freeport, New York at the age of 84. In 1953, owing to huge demand worldwide for Royal’s typewriters, the company opened a factory in Leiden in The Netherlands. Royal announced its plan to merge with McBee, a major manufacturer of accounting and statistical machines and supplies, in April 1947. The stockholders of Royal approved the plan by July of 1954, and Royal McBee was formed. Between 1954 and 1964, sales rose from $84.7 million to more than $113 million, and Royal McBee was regularly listed as a Fortune 500 company.

In December 1957, when Royal announced that it had produced its 10 millionth typewriter, it was congratulated among others, by the US Secretary of Commerce, Sinclair Weeks, and the Governor of Connecticut, Abe Ribicoff. In December 1964, Litton Industries decided to acquire Royal McBee, and the deal was finalized in March the following year. Litton changed the name of the company from Royal McBee back to Royal Typewriter. The company was then organized into five divisions: Royal Typewriter, Roytype Consumer Products, Roytype Supplies, McBee Systems, and RMB. In October 1966, Litton announced a plan to acquire, through its Royal typewriter division, the English typewriter producer Imperial. Litton Industries further strengthened its hold on the typewriter market by purchasing the German typewriter manufacturer Triumph Adler in January 1969. No sooner had the acquisition taken place than US Government filed an anti-trust suit against Litton. Litton was accused of creating a monopoly, and in March 1973, the FTC ordered Litton to divest itself of Triumph Adler. On Litton’s appeal, the FTC, in a rare reversal, decided in April 1975 that Litton could keep Triumph Adler.

Volkswagen announced in March 1979, that in pursuance of its plan of diversification, it would acquire a 55% stake in Triumph Adler. Royal Typewriter was also a part of the deal. The sales figures rose steadily, and by 1982, the sales of Royal and Triumph Adler in North America added up to more than $600 million. Olivetti, the Italian typewriter and computer manufacturer, announced plans in April 1986 to purchase Triumph Adler and Royal from Volkswagen. Royal was part of the Olivetti family for almost two decades.

Royal became a private American company again in September 2004, and is now known as the Royal Consumer Information Products, Inc. The company has developed and expanded its product line to include cash registers, shredders, PDAs/electric organizers, postal scales, weather stations, and a also a wide array of original and compatible/remanufactured imaging supplies for the most popular printers, faxes, and copiers of today.

Royal also manufactured consumer daisy wheel printers like the Royal LetterMaster (a cheaper model), and Royal OfficeMaster during the 1980s and 1990s. The influence of the brand name of Royal on popular culture can be seen in the Stephen King novel ‘Misery’ where a Royal typewriter forms an important element of the story.