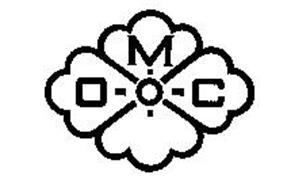 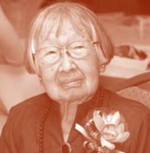 Otagiri Mercantile Company, with headquarters in San Francisco, was a Japanese manufacturer of ceramics. It was a stoneware manufacturing company that started production in the 1950s. The stoneware was produced by a group of artists who painted it by hand. Although the production started in the 1950s, it only officially registered its name as a trademark in 1980. The products carried a ‘made in Japan’ stamp, and were manufactured there, but the trademark was registered in the United States.

OMC supplied a wide array of high-end ceramics for sale to retail stores, but it is best known for the tiki-themed products that it manufactured for bars and restaurants. The highly sought after tiki line, which consisted of tiki mugs and other ceramic items, was started by OMC in the 1960s. Original Otagiri Ceramics carry the initials "OMC", and ‘Japan’ on an artistic yellow and gold sticker, or a sticker with the words "Hand Crafted Otagiri Original" and "Japan" at the bottom.

The Otagiri Mercantile Company was established by Chiyoko and Goro Otagiri after their return to Japan in 1947, following their release from an internment camp for Japanese Americans.

Chiyoko Otoguro Otagiri was born on May 27, 1905, in a farming family, in Cupertino, California. Her family sent her to Japan for education. She returned when she was 18, and married Goro Otagiri from San Francisco. Chiyoko and Goro had three children. They were incarcerated in the Topaz (Central Utah) concentration camp during World War II. After their release, they moved to Boulder, Colorado, where Goro worked as a Japanese teacher for the Navy.

The Otagiris moved back to the Bay Area in 1946 and started the Otagiri Mercantile Company. Goro Otagiri passed away in 1977. Chiyoko Otagiri started living in Piedmont Garden Residence in Oakland in 2005. She passed away on March 16, 2014, at the age of 108 years, and was cremated at the Chapel of Chimes Oakland.