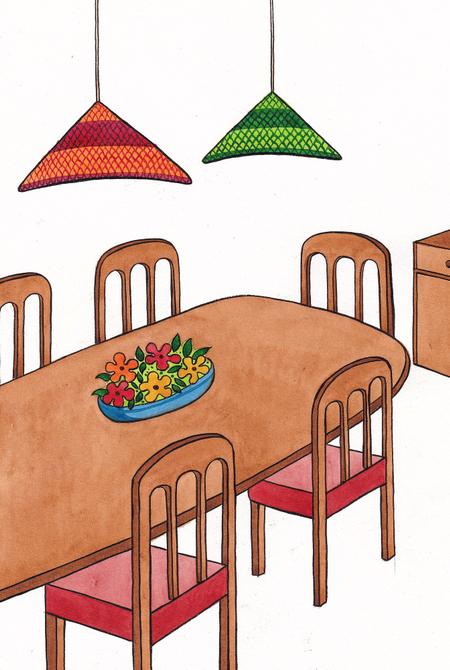 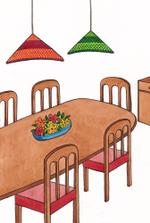 The lighting fixtures part of the business owes its origins to Henrik and Ole Moe of Milwaukee, Wisconsin. The two brothers, along with some other entrepreneurs, were the owners of the Moe-Bridges Co., a lighting fixtures manufacturing company, formed in 1919. Turmoil in the management led to the exit of the two brothers from the company in the late 1920s. The two men decided to stick with what they knew best, and formed a new lighting fixtures company and called it the Moe Brothers Manufacturing. Henrik Moe’s two sons started working with the company in the early 1930s. The company’s operations were moved to Fort Atkinson, Wisconsin, from Milwaukee.

World War II made these two companies, like many others, suspend their normal business and start manufacturing materials to help in the war effort. After the war, the Moe Brothers Company got a substantial contract from Sears to manufacture household pressure cookers. The company had no prior experience in manufacturing pressure cookers, but the large stamping machines that they had got during the war meant that they had the capability for the job. The idea of Henrik and Ole Moe was to use the earnings from this contract to get back into the lighting fixtures business. Unfortunately for the company, Sears cancelled the contract because of a malfunction in a product. Under pressure from the banks to repay debts, the loss of this contract forced the Moe brothers to sell their company.

A Louisville investment group headed by Lee Thomas, the former president of Ekco Products in Chicago, purchased Moe Brothers in 1948. Lee Thomas was the new owner of a small saw business in Louisville, and was looking for other avenues to invest in. Moe Brothers Manufacturing Company was now called Moe Light. Thomas launched an advertising campaign all over the country to promote and publicize Moe Light’s residential lighting fixtures. In 1950, Moe Light expanded with the opening of a new residential lighting factory in Kentucky, and the purchase of Star Lighting Fixture Company in Los Angeles.

Thomas Industries was formed with the merger of Moe Light Inc. and the Electric Sprayit Company in 1953. The Electric Sprayit Company, at the time of the merger, produced paint spraying equipment, specialized lighting for the government and ordinance items. Thomas Industries began to branch out and diversify further in 1955. It acquired a power saw manufacturer and a bathroom cabinetry manufacturer based in Detroit. A new 114,000 square foot residential lighting fixture plant was opened in Hopkinsville, Kentucky, and the corporate headquarters shifted to Louisville, Kentucky from Wisconsin. The company also went public in the same year.

Lee Thomas gave up his position as president, and was elected as the chairman of the board of directors and the CEO of the company in 1961. The company’s former executive vice president, John Beam took up the job of the new president. This change in leadership was important, and so was the change that took place in the design of the Sprayit compressor units. These components were rearranged in such a way as to adapt to and fit in with other continuous-air source applications. So significant was the redesign that it proved to be the origin of the contemporary OEM product line of Thomas Industries.

In 1962, Thomas Industries acquired the Thomas Products Company of Johnson City, Tennessee. A manufacturer of paint rollers, roller pans and roller covers, Thomas Products Company was an ideal addition to the Sprayit side of the business. The Benjamin Electric facility in Illinois was closed by this time, and the company opened a 250,000 square foot lighting fixture plant in Sparta, Tennessee. A new plant of over a hundred thousand square foot was built to replace the old 50,000-square foot Star Lighting plant in Los Angeles.

Thomas Industries had diversified in terms of the product lines and also spread out geographically by 1963. With a view to manage the operations of the business more efficiently, it was divided into five functional divisions. The former Moe Lighting and Star Lighting lines made up the Residential Lighting Division. Its products included dimmers, recessed, hand-blown glass, and illuminated signs. The Benjamin Electric products such as air-handling fixtures, dimming systems, electronic signaling devices, and contract metalworking and porcelainizing, made up the company’s Commercial and Industrial Lighting Division. The company’s OEM lines, that is, the Sprayit paint sprayers, compressors and pumps, the Wright power blade and chainsaws, and the Thomas paint rollers, covers, and pans were part of the Special Products Division. The remaining two divisions were made on the basis of geography. The residential, commercial, and industrial lighting fixtures in the nine western states, Hawaii, and Alaska were managed by the Pacific Division. The Canadian market was catered to by C & M Products.

In 1967, the company acquired Sandel Manufacturing, a Chicago-based company producing portable lamps, and the Phil-Mar Corporation of Cleveland, a ceramic lamp manufacturing company. These acquisitions marked the entry of the company into a new field of business. In the same year, a new residential lighting plant was opened in Beaver Dam, Kentucky, and the Wright Saw Operation was sold. The Wright plant was utilized for the growing Sprayit line of paint spraying equipment. The fall of 1967 saw Thomas Industries listed on the New York Stock Exchange.

Acquisitions in the remaining years of the 1960s and the early years of the 1970s enabled Thomas Industries to expand and diversify vigorously. A paintbrush plant in Princeton, Indiana was purchased in 1968, and its operations were taken up by Thomas Industries’ paint roller operation in Johnson City, Tennessee. Jet Line Products, based in Matthews, North Carolina was acquired in 1969. Jet Line was a manufacturer of electrical conduit fishing equipment and built-in vacuum cleaning systems. 1971 saw further diversification of the company when it purchased Harris & Mallow Products, Inc., a maker of decorative wall clocks and weather instruments.

Having started out as a two-facility operation in 1953,Thomas Industries grew rapidly into a major business with 13 plants and over 2,308,300-square feet in production space, more than 3700 employees and sales of $82 million. The company grew and flourished at a similar pace in the 1970s.

Made by Moe Light
1919
Milwaukee, Wisconsin