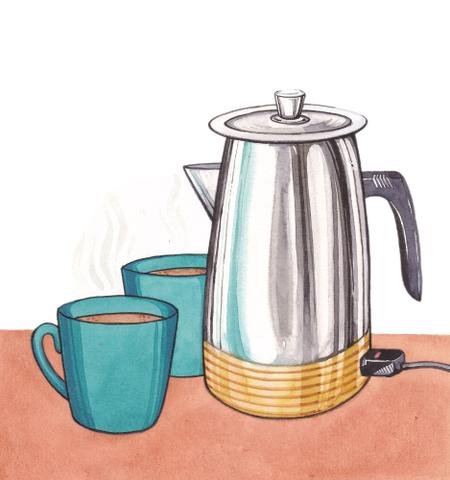 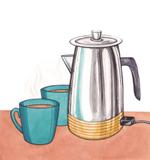 The Mirro Aluminium Company informally called as Mirro, existed from 1909 to 2003 and was a cookware company which was situated in Manitowoc, Wisconsin.

In 1911, the company acquired its very first government contract of $80,000 which comprised of building aluminum canteens for the Army. Joseph Koenig successfully completed the contract for which he was granted exclusive rights (US1062716) in May 1913.
Their office spread over 90,000 sq. ft. and the number of employees crossed 400 in the year 1914. They also purchased the Standard Aluminum Company’s facilities in 1915, which marked the true expansion of the company. In 1917, two years after the rigorous production of utensils, the company launched the brand “Mirro” and escalated its capital to $12,000,000 within a span of three years.
The company produced aluminum tools for the armed forces during WWII after which they penetrated into the field of toys. The ever-so-famous sleigh shaped as a Snow-Coaster saucer, was manufactured by them. The company was renamed as the “Mirro Aluminum Company” in 1957, after permission was granted by the shareholders.

In the year 1958, the naval architect David Beach, fashioned 16 ft. long aluminum boats that were manufactured by Mirro- Craft and showcased at the Chicago National Boat Show. But the delivery of these boats began only in January 1959.
Mirro further expanded itself by taking over a fiberglass boat manufacturing company of Wisconsin called Cruisers, Inc. of Oconto, whose boats ranged from 16 ft. to 25 ft. in length.

Mirro’s expansion reached its zenith with eight plants across three states and products varying from cooking utensils to boats. It was also considered as the world’s largest aluminum cookware manufacturer.

Later, the boat business was relocated to Gillett, Wisconsin by the employees who bought it in 1982 and named it as Northport, Inc. The following year, Newell Companies procured Mirro, but sadly, Mirro encountered its end after 118 years in 2003 when the fiberglass boat section was traded back to Cruisers, Inc. of Oconto, Wisconsin, presently known as Cruisers Yachts, by Weeres pontoons of St. Cloud, Minnesota who overtook Northport.

Renewal of the Mirro Craft trademark (U.S. Trademark 72,057,085) was done by Northport Marine LLC of Gillett, Wisconsin, in 2009 Koenig & Vits, Inc. manufacture aluminum cookware in Manitowoc till date with its current possessor being Skana Aluminum Co.

Presently, the holder of the old plant situated in downtown, surrounded by 15th, 16th Franklin and Washington streets, EJ Spirtas Manitowoc LLC, is strategizing the renovation of the un-demolished part of the building which is in abeyance.

LVR Properties LLC currently owns the building situated in downtown, surrounded by 16th and 17th streets, which is comparatively a new building.