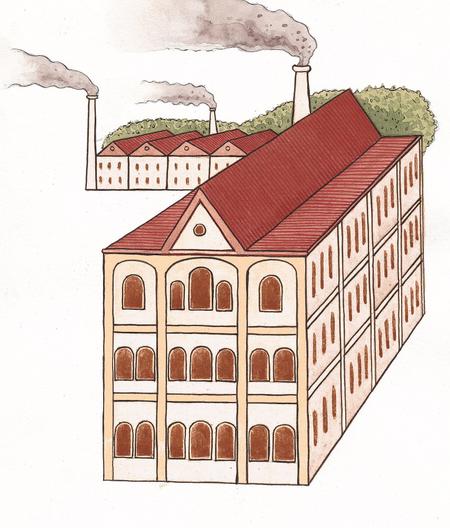 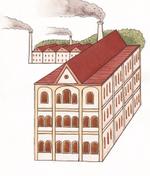 Eisenwarenfabrik Daalderop was established in 1880 in Tiel, Netherland, by JN Daalderop . It mainly produced kitchenware and domestic items like pots, crockery, trays, kettles, dinnerware and oil and gas lamps. Until the seventies, the company was run by the Daalderop family. Daalderop products were predominantly fashioned in the New Art or Art Nouveau style, and was slightly different from the German Jugendstil style. Meine Huisenga was the chief designer at Daalderop. Huisenga served the company for a number of years, and moved out at the time of the second World War. His work sported clean shapes, straight lines, raised ears on vases, and geometric ornaments, in the style of the New Art.

The company expanded rapidly and had about 350 employees in 1915. At this point, Daalderop sales began to drop and the management recognised the need to cater to the growing demand for electrical appliances. Their first item in this range was an electrically heated shaving bowl. Soon they began manufacturing electric boilers.

The company grew further as their products began to be exported to international markets. During the late thirties, Daalderop had a strong workforce of 1000 employees. It became the largest employer in Tiel. The art style adopted by Daalderop gradually evolved and was replaced by the Amsterdam school and Art Deco styles. In 1930, they adopted the New Objectivity style and their products had a sleek, shiny look with the use of chrome.

The Second World War was a period of great loss , and the company suffered both physical and monetary setbacks. However, the end of the war brought with it days of prosperity and peace. The company was thus able to bounce back with a number of new products for the post-war era. In 1957, the double-walled teapot Dorote was launched. It was a revolutionary product and immediately gained popularity. Its double-walls kept the tea warm and did not require the aid of a tea-cosy. In 1962, the company launched another new product – the Presto coffee-maker. It featured no original design but manufacturing rights were obtained from American Presto.

Daalderop also specialised in tin products. They were designed by Michiel Warbroek and were of a simple, old-fashioned design. Michiel designed his products based on older models and often visited museums for inspiration. However during the 1980s recession struck the economy. Prices of tin shot up and customers had less money to spend. Daalderop was forced to let go of a number of employees and economise their operations. The strength of the workforce reduced to 100 and the company ceased to manufacture tin and pewter products. The boiler and heating-equipment subdivision managed to function fairly well.

The company shifted base in 2005 and moved from Binnenhoek, Tiel to an industrial park in Medel. In 2011, Daalderop entered into a partnership with Itho, and the company came to be called Itho Daalderop.

Made by Metaalwarenfabriek Daalderop
1880
Tiel, The Netherlands