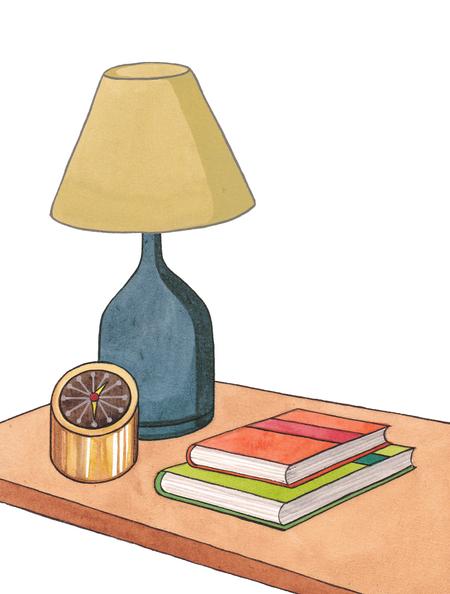 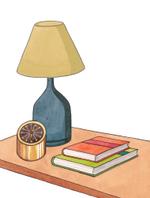 The Jefferson Electric Mfg. Co. was founded by John Bennan and James Charles Daley in the year 1915. It was named after President Thomas Jefferson, who was himself an inventor. The company began operation with only 20 employees in a small four-storey set-up in Chicago, Illinois. John Bennan assumed the role of President of the company while Charles Daley became the Chairman of the Board.

Jefferson Electric started off with products like bell-ringing toy transformers and more. In 1921, their flagship product was a magneto lamp regulator aimed towards cars. By the year 1924, they began to produce radio transformers. Now called, Jefferson Electric, the company is still operational.

Jefferson merged with the Chicago Fuse Manufacturing Company in 1928, and began to produce Union and Gem fuses along with its other products. The company was renamed to reflect the new merger. It came to be called Chicago-Jefferson Fuse & Electric Co. Their product range consisted of switch and outlet boxes, fuses, fuse fittings, vapor-proof lamp fixtures, rigid conduit fittings, other covers and fittings and transformers. They began to manufacture a wide variety of transformers including bell-ringing, sign lighting, universal toy, signal, oil-burner igniting, gaseous tube, and sign-lighting.

By the year 1928, the company had expanded its operations into three plants. The first plant, located at Laflin Street, Chicago, manufactured the Union and Gem fuses. The executive offices were also situated at this plant. Two plants were operational at South Green Street, Chicago. One of these plants manufactured Jefferson transformers, while the other manufactured a wide variety of Gem Powerlets. The company soon moved all three factories to a consolidated campus at Bellwood, a town located at about 12 miles from Chicago.

The Bellwood campus was a sprawling 19 acres located at 840 S. 25th Avenue, Bellwood. The spacious building was 230,000 square feet and had a very unique design – It was shaped like a horseshoe. It occupies the length of an entire city block. The company was renamed Jefferson Electric Company at this time. The company expanded greatly during this period and by 1953, they had about 1600 employees. The large complex at Bellwood, was occupied solely by Jefferson at first, however a few other businesses like Universal Form Clamp Co., and Chicago Locker soon began to share it.

The company later set up a plant at Fall River Massachusetts, which proved to be a fortuitous decision. It was easily accessible to the east coast manufacturing regions and was also well connected to the Atlantic ports. The Fall River plant was a sprawling 226,000 sq. feet and provided ample space for production. Additionally, the Fall River area has always been well known for its expert craftsmen, which ensured a good workforce for the company.

In 2006, a fire broke out in the Bellwood campus factory due to a chemical explosion. A number of employees were injured and 300 people were evacuated from the campus. It was a massive 5- alarm fire and the thick, black smoke could be seen prominently even at a large distance. This building is not currently used by Jefferson, instead it houses the Universal Form Clamp Company.

Jefferson Electric had a good rewards and recognition policy. It continually presented employees with souvenirs and awards for loyal service. They also frequently gave away promotional items. Many of these items such as clocks, mugs, tongs, and key-chains are now collectibles. The Golden Hour clocks had been popular in their day and are still considered a valued collectible.

The Jefferson lapel pins, a popular souvenir, were made of sterling silver and had the Jefferson company name around them. Most lapel pins had Thomas Jefferson’s visage in the center. They could be fastened to a jacket using a safety pin at the back of the lapel pin. Some pins are marked with the name ‘Spies’, which probably indicates that they were manufactured by the W.G Spies company of Ohio. Most are made of gold alloy or are gold-plated.

Another souvenir provided by Jefferson Electric was a heavy cobalt blue-coloured mug with a silhouetted Jefferson in relief. The mug also bears the date of incorporation of the company (1915) and the company name ‘Jefferson Electric’. The symbol of Litton Industries is also emblazoned on the mug. The embellishments are all done in golden. The Jefferson silhouette looks very like an official stamp. The mug stands at a height of four inches and can hold about 8 ounces of liquid.

Another promotional item – a pair of tongs - was released in the year 1947. The tongs were approximately 9 inches long and were made of aluminum. They had been launched to commemorate the 25th anniversary of the company. The company also manufactured a keychain and a key-retrieval medallion. The key is registered with a unique number for every person and the number is etched on to the medallion. It also has the following words inscribed in a small font - “If found, drop in any mail PO box. Return postage guaranteed. 1473 Jefferson Electric Company Bellwood, Ill.”

The Jefferson Electric ring has also been a popular promotional item. As with the other items, the ring also has the date ‘1915’, referring to the date of founding of the company, inscribed upon it. The rings were made not by Jefferson themselves, but a company called Josten’s Inc located at Princeton, Illinois. The word ‘Josten’ is thus inscribed on the inside of the ring. The ring does not flaunt an actual diamond but rather a Diamonaire. A diamonaire is an imitation diamond with almost the same hardness and shine as a diamond. The Jefferson Diamonaire is cut with 58 facets and the ring is made out in 10 karat gold. Interestingly, diamonaires and cultured diamonds are trademarks of Litton Industries, Diamonaire Division. The side of the ring has the silhouette of Jefferson and the Litton Industries symbol. The words ‘President’s Club’ are inscribed on the top of the ring.

Jefferson Electric provided a sample case to their salesmen. It was made of genuine leather and was compartmentalized to hold three items – The Golden Minute, the Golden Hour and the Contemporaire. The inside of the case was lined with blue velvet and perfectly set off the golden clocks. The ensemble was so attractive that customers immediately wanted to own the products! The products in the case were all sample models and weren’t functional. The clocks were not fitted with their motors.

The Golden Hour Clock, which was one of the company’s most popular offerings, was launched in the year 1949. They are said to have been inspired by the ‘Dutch Secret’ Clocks. The Dutch Secret clock, made during the 30’s and 40’s, was special due to its Plexiglass ring and the light at the bottom. The Golden Hour Clock was plated with 24-karat gold. The base of the clock has the date of manufacturing printed on it. The date is stamped on the inner frame of the clock and to access it, one needs to unscrew the base. In some cases, the date may be available on the clock’s motor, but since customers often change the motors, it is not always reliable.

Most parts of the Golden Hour Clock have been manufactured by machine. The process is very expensive in today’s time. The company did not feel the need to update the design of the clock, and subsequently the Golden Hour clock remained the same for 41 years. Although the clocks were immensely popular, they haven’t contributed much to the company’s income. The company relied solely on the sale of its electric products for their income.

Jefferson’s Golden Hour Clock has been immortalized in a number of movies – including the 1990 movie - The Long Walk Home, starring Sissy Spacek and Whoopi Goldberg; The Game with Michael Douglas; The Doomsday Flight and other movies and shows. The clock used to be presented to long-serving employees as a souvenir or gesture of appreciation for their loyal service to the company. The clock would be inscribed and personalized for the employee.

The Jefferson clock unit stopped production in 1991 and the division was sold off along with the Golden Hour brand name and the remaining stock of clocks and spares. All employees of the clock division were asked to quit. The unit was acquired by Timesavers. After acquisition, they adopted the Golden Hour brand name and established themselves at Scottsdale, Arizona. However, the company no longer manufactures Golden Hour clocks.

In 1984, Jefferson Electric changed hands, when it was acquired by MagneTek, Inc. , in order to establish a monopoly over lamp ballast items. Magnetek, an electric company, produced lamp ballast, transformers and power conditioners. It was established in the same year as the acquisition. Jefferson Electric became a division of MagneTek, Inc. and continued to operate from Downers Grove, Illinois. In due time, the company shifted base and began its manufacturing unit at Athens, Alabama. Magnetek soon expanded and added more products to its portfolio – chargers, power inductors, electronic power supplies, converters and variable speed drives. It is a B2B selling company and its primary customers are large organizations like Caterpillar, Xerox, Jacuzzi, IBM, Otis Elevator, Carrier and Trane.

Jefferson Electric became an independent entity in 1996. As of 1996, the company has established itself at South Franklin Drive, Franklin, Wisconsin, at a distance of approximately 11 miles from Milwaukee. They manufacture a variety of transformers used especially at spas and pools.