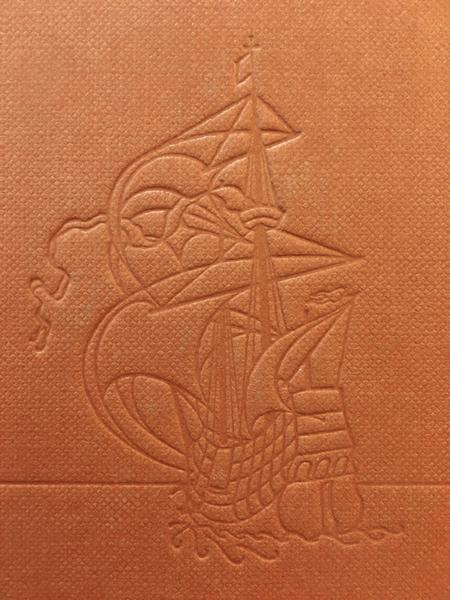 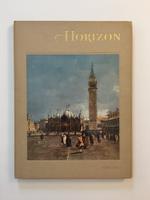 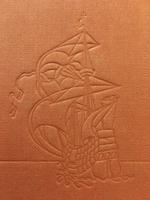 Horizon, a bi-monthly hardbound magazine printed by American Heritage made its mark in the United States between the years 1958 and 1989. It mainly featured art and had thus bore the caption ‘A Magazine of the Arts’. Even after the company was taken over by Boone Inc., the magazine continued its legacy of art. Horizon finally terminated its publication in March 1989.

Although Horizon began as a bi-monthly magazine, it’s fifth volume – Volume V had an irregularity. Unlike all previous volumes which were published before July 1962, Volume V had eight issues. The magazine further reduced the frequency of its publishing after November 1963 and began releasing only four issues per year. The issue dates were changed to reflect the current season instead of the month. These changes can be seen in Linda Prestwidge’s Master Table of Contents for all Horizon issues. These issues of Horizon, published between Winter 1964 and January 1977 (Volume VI to Volume XIX) are prized collector’s items.

May 1977 brought in a lot of changes. Through an insert in the May issue, Rhett Austell, the Publisher announced that the Horizon would be published monthly in soft cover. The glossy, luxury-art magazine which was the brain-child of Thorndike and Parton, had few takers and the publishers were not making any profits. The editorial in the May 1977 issue highlighted the printing, binding and content changes in the magazine and attributed them to the short time between issues. Citing “Inflationary prices” as the driver behind the changes, Austell further announced the appointment of Otto Fuerbringer, a former Editor at Times Magazine, as the new editor of Horizon.

In July 1977, Horizon published its last hardbound issue – Volume XIX number 4. The readers were again informed via an insert that it was to be the last hardbound issue. The drop in print and binding quality coupled with the changed content was not appreciated by the readers and subscriptions were drastically affected. In the next year Horizon was bought over by Boone Inc.

A number of books have been published under the Horizon brand. In 1961, American Heritage published the ‘Horizon Book of the Renaissance’, which was written by Plumb, edited by Richard M. Ketchum. Trevor-Roper, Kenneth Clark, Iris Origo and Jacob Bronowski all contributed in the writing of this book.