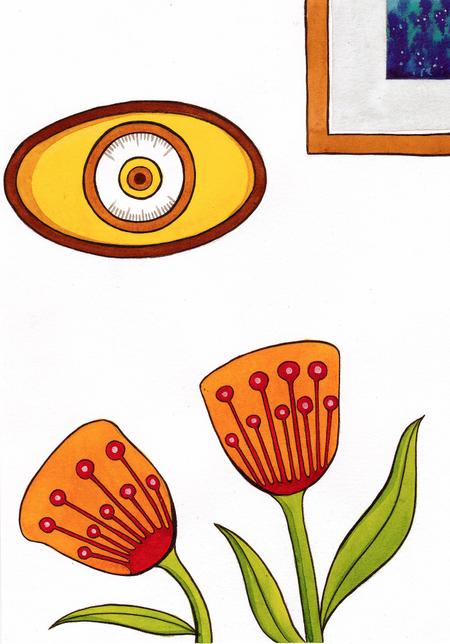 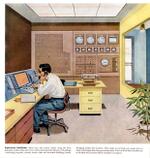 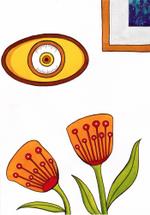 W. R. Sweatt and his son Harold ran the company for 75 years. W. R. Sweatt went through difficult times, and used the innovative idea of thermostatic heating control to build a flourishing business. Harold Sweatt took the reins of the company in 1934 and led the company through a period of growth and global expansion. His leadership ensured that Honeywell became a global technology leader. The H. W. Sweatt Engineer-Scientist Award was given by Honeywell for over 3o years to individuals of outstanding technical ability, and extraordinary contribution to technical accomplishment for the company and their profession. The award was discontinued after the merger of Honeywell with AlliedSignal in 1999.

In 1943, James H. Binger joined Honeywell. He became the president of the company in 1961, and was appointed as the chairman in 1965. With Binger at the helm, the company completely changed its sales approach, shifting its focus from volume to profits. The company also expanded internationally, with six plants producing 12% of the company’s revenue. Binger also changed the company’s name. The Minneapolis-Honeywell Regulator Co. became ‘Honeywell’. Honeywell was the American importer of Pentax cameras and photographic equipment from the 1950s till the mid-1970s. These products were sold under the label Honeywell Pentax. Between the years 1961 and 1978, when Binger was heading the company, it entered the fields of defense, aerospace, and computing.

Honeywell developed an automated control unit in 1953 in collaboration with the USAF Wright Air Development Center. This unit was designed to control an aircraft and take it through taxiing, takeoff, and up to the point where the aircraft was close to its destination, and the pilot took over the controls for landing. This automated control unit was called the ‘Automatic Master Sequence Selector’ and worked like a player piano in that it sent instructions to the aircraft’s autopilot at specific way points during the flight, which reduced the pilot’s workload to a great extent. In terms of technology, this endeavor matched the contemporary efforts in the areas of missile guidance and numerical control.

Honeywell’s entry into the computer business was through a joint venture with Raytheon. The enterprise was called the Datamatic Corp. Honeywell soon bought out Raytheon’s share, and it became a division of Honeywell, called Honeywell Information Systems. The computer made by the company was called the Honeywell 800, which was later updated to Honeywell 1800. After purchasing the minicomputer pioneer Computer Control Corporation and changing its name to Honeywell Computer Control Division, Honeywell was known in the 1960s as one of the seven dwarfs around IBM, the Snow White of the computer industry. The dwarfs were the considerably smaller computer companies – Burroughs, Control Data Corporation, General Electric, Honeywell, NCR, RCA and UNIVAC. After some years, RCA sold its business to UNIVAC, and General Electric to Honeywell, the dwarfs were reduced to five, and were known as ‘The BUNCH’, after their initials: Burroughs, UNIVAC, NCR, Control Data Corporation and Honeywell.

Honeywell’s computer division introduced a huge number and range of products over the years. Some of these are Honeywell 200, Honeywell 316, Honeywell 800, Honeywell 6000 series, Honeywell Level 6, DPS 8, DPS6, assorted peripherals, PC's, Mainframes, Printers, Tape Storage Systems, Mini's, Terminals, Banking, Time and Attendance, Unix, Storage and Airlines systems. Honeywell was one of the first companies to be given an A1 Security rating from the DOD Trusted Computer System Evaluation Criteria for its SCOMP (Secure Communications Processor). It was also acknowledged in 1960 that Honeywell’s FACT programming language was one of the elements in the creation of the COBOL programming language. Honeywell introduced the Honeywell 200, a small business computer in 1963. This computer was in direct competition with IBM’s 1401, and was the start of a product line that went on until the early 1970s.

When General Electric sold its computer systems division to Honeywell in the 1970s, Honeywell was reorganized into two operating units. One of the units was the Honeywell Information Systems, whose head was the President Clarence (Clancy) Spangle. At the time of the acquisition, GE was working on the Multics operating system project. Honeywell continued the work, and it is recognized that the design and features of Multics influenced the UNIX operating system. Many features of Honeywell/GE's GECOS and GCOS8 General Comprehensive Operating System operating systems were also influenced by Multics.

Honeywell, Control Data Corporation and France’s Groupe Bull formed a joint venture in the early 1970s. The venture was called Magnetic Peripherals, Inc., which went on to become a major player in the hard disk drive market. From the 1970s to the early 1980s, particularly with its SMD (Storage Module Device) and CMD (Cartridge Module Drive) products, Honeywell was the worldwide leader in 14-inch disk drive technology in the OEM market.

The Incoterm Corporation was purchased by Honeywell in 1980 to compete in the Airline reservation systems networks and bank teller markets. Honeywell next created the first Digital Process Communications protocol for smart transmitters used in process measurement. The protocols have now developed into many standardized types like the HART protocol and the DE protocol. Groupe Bull purchased Honeywell’s computer division in 1989, and the new company was named Bull HN, which came to be known later simply as ‘Bull’.

Honeywell made its entry into the area of defense in World War II, with the production of aerospace elements. The defense division produced many products like cluster bombs, missile guidance systems, napalm and land mines during and after the Vietnam War. Flight tests were conducted on an inertia guidance sub-system for the X-20 project at the Eglin Air Force Base in Florida. The Minnesota Honeywell Corporation used an NF-101B Voodoo, and completed the tests by August 1963. However, the X-20 project was canceled in December 1963. Honeywell faced protests against its weapons production program from The Honeywell Project which was founded in 1968. Techsystems, formed in 1990, was a spin-off of Honeywell’s defense division. To this day, Honeywell continues to supply aerospace products like electronic guidance systems, cockpit instrumentation, lighting and primary propulsion and secondary power turbine engines.

Honeywell entered the home comfort sector in 1996 with the acquisition of Duracraft, whose products it marketed. The Kaz Corporation owns both Duracraft and Honeywell’ home comfort lines today. Honeywell is now a part of the consortium that operates and manages the Pentax Plant which assembles all the nuclear bombs in the arsenal of the United States. The Kansas City Plant which produces and assembles 85 percent of the non-nuclear components of the bombs is operated by the Honeywell Federal Manufacturing & Technologies, the successor of AlliedSignal.

The roots of Honeywell’s Performance Materials and Technologies business go back to 1870, when chemist William H. Nichols formed a small sulfuric acid company. Nichols had formed several companies by the end of the 19th century, and was considered an important force in America’s young chemical industry. Teaming up with Eugene Meyer in 1920 to fulfill his vision of a bigger and better company, he brought together five smaller chemical companies to create the Allied Chemical & Dye Company, which later became the Allied Chemical Corp., and eventually, a part of AlliedSignal. AlliedSignal was the predecessor of Honeywell’s Performance Materials and Technologies business. Eugene Meyer served in the Coolidge, Hoover and Truman administrations, and went on to buy The Washington Post newspaper in 1933. Honeywell’s headquarters in Morristown, New Jersey has buildings named after Meyer and Nichols. The current President and CEO of the Performance Materials and Technologies division is Darius Adamczyk.

In 2000, General Electric announced that it would acquire Honeywell, which at that time was valued at more than $21 billion. While the American authorities cleared the merger, the European Commission’s competition commissioner Mario Monti blocked it on July 3, 2001. The commissioner’s decision was made on the ground that GE’s dominance in the large jet engine market, with creations like the CF34 turbofan engines, its leasing services known as GECAS, if combined with Honeywell’s portfolio of regional jet engines and avionics, would ‘bundle’ products and smother competition by creating a horizontal monopoly. The views of the US regulators on the matter were exactly opposite. They believed that the merger would improve competition and bring down prices. Charles James, the general counsel of Chevron-Texaco, was then the United States Assistant Attorney General, and had called the EU’s decision ‘antithetical to the goals of antitrust law enforcement’. General Electric acquired Smiths Aerospace, a company with a portfolio similar to that of Honeywell, in 2007.

AlliedSignal and Honeywell Inc. merged in 1999, and the ‘Honeywell International Inc.’ of today came into being. After the merger, the new company was given the name Honeywell, because although AlliedSignal was twice the size of Honeywell, Honeywell had superior brand recognition. The corporate headquarters, however, were brought to AlliedSignals’ headquarters in Morristown, New Jersey, and not Minneapolis, Minnesota, which had been Honeywell’s corporate headquarters. The closing of the Minneapolis headquarters led to more than 1,000 employees losing their jobs, a few of whom moved to Morristown or other company locations. Most workers, however, had to find new jobs or retire. The company’s stock plunged after the merger, and returned to its pre-merger level only in 2007.

Knorr-Bremse had been operating in joint venture with Honeywell International Inc., and in January 2002, it took over the full control and ownership of Honeywell’s ventures in Europe, Brazil, and also in the US. Knorr-Bremse also added Bendix Commercial Vehicle Systems as a subsidiary. Honeywell’s influence has decreased, but it continues to maintain its presence in emerging industries like Northern Alberta’s oil sands. Today, its Plant Integrator is used in some of the most important plant-sites in the oil sands like Syncrude, Suncor and others.

In December 2004, Honeywell bid £1.2bn to acquire Novar plc, and the acquisition was finalized on 31st March, 2005. Honeywell’s subsidiary Ex-Or’s factory in Haydock, Merseyside, UK was closed in January 2013. Honeywell announced in July 2015 that it would acquire Elster, a manufacturer of water and gas meters and control devices from Melrose Industries for £3.3 billion in cash. The completion of acquisition of the laboratory research chemicals business based in Seelze, Germany, was announced in December 2015. Honeywell acquired the business from Sigma-Aldrich to expand the company’s range of offerings in the area of high-purity solutions for drug discovery, medical diagnostic testing and various other laboratory applications.

Made by Honeywell
1906
Wabash, Indiana