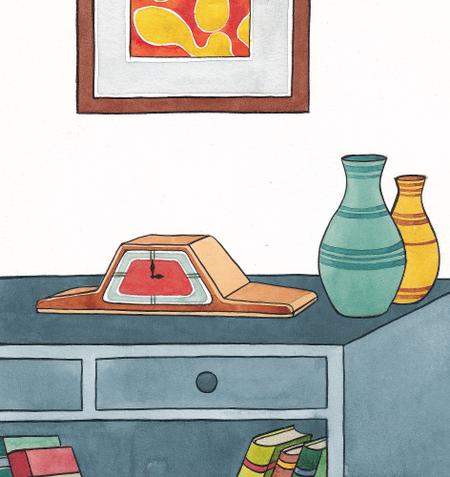 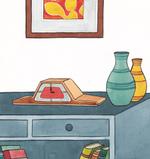 The Hermle clock company was started in 1922 as the Franz Hermle Clock Company in the town of Gosheim, near Wuerttemberg in Germany. While the history of most leading American clock companies goes back to the 1800s, Hermle’s success started in the twentieth century, when Germany was on its way to recovering from the disaster of the First World War. Like Durfee, E. Howard, Seth Thomas, Ingraham, Kroeber, E. N. Welch, and many other well-known American clock companies, Hermle also became a reality because of one man. Franz Hermle’s desire to make quality clocks resulted in the success story that Hermle became.

Franz Hermle, with great emphasis on efficiency and an eye for the latest and the modern of techniques, rejected the nineteenth century methods that were used by other clock companies, and steered the company to prosperity at a time when the world economy was crashing due to the Great Depression. By the early 1930s, when the American clock companies were fighting to stay alive, the Hermle clock company was a world leader in the manufacture of quality clock movements.

Franz Hermle, like other master clockmakers, imparted his knowledge and expertise in clockmaking to his four sons. Gebhard, Alfred, Hans and Heinrich started working for the company, and Hermle changed its name to Franz Hermle and Sohn. After World War II, with most American companies on the brink of destruction and disappearance, Franz Hermle and his sons succeeded in not only keeping their company alive, but also in making it prosper, in a country that was devastated by the War. Franz Hermle and Sohn expanded and began manufacturing clocks and clock accessories in addition to manufacturing clock movements. Franz Hermle’s sons took over the reins of the company on their father’s death in 1953.

Today, Franz Hermle and Sohn is managed by third generation Hermle clockmakers. The company continues to devote itself to and excel in manufacturing mechanical and quartz movements and other clock parts. A computerized, automated precision manufacturing environment is used for the process of manufacturing. Franz Hermle and Sohn is a leading supplier of clock movements all over the world, exporting to more than 100 countries. The advertising slogan for the company goes, ‘You may not recognize our name, but we are the source who keeps the clock industry ticking’. Clocks all over the world use the clock movements manufactured by Hermle. According to the company, it provides, ‘the largest selection of mechanical and quartz movements available anywhere’. A world leader in clocks and movements, Franz Hermle and Sohn is also a major supplier of clock dials and pendulums, and decorative weight shells for modern weight-driven clocks – in particular for grandfather clocks.

Franz Hermle set out manufacturing and selling mechanical clocks and in 1922, went to establish the Franz Hermle Clock Company in Gosheim, near Wuerttemberg, Germany. Within first ten years of business Franz Hermle made a name for itself as one of the most modern, efficient and skilful manufacturers of clock movements. The wholehearted dedication and unwavering efforts of Franz Hermle and his sons kept the company well out of harm’s way after War World II, and in fact made it a prosperous business when other companies were falling by the wayside.

Franz Hermle died in 1953, and the company was left to Gebhard, Alfred, Hans and Heinrich Hermle. They have been successful in building on their father’s legacy and have made the company a world leader in the manufacture of clocks and mechanical clock movements. In the recent times, Hermle has invested in precision equipment that provides finishing to the pivots on each clock arbor after the dust preventing materials are all removed. These machines place a polished finish on the pivots. Strict checks are made to maintain quality standards, and this improvement is intended to extend the lives of the ‘Hermle’ movements substantially.

A good amount of capital is also invested in improving the processes that finish the pivots on the train wheels in the mechanical clocks. The nickel plating on the pivots is removed, and they are then polished with these machines. Each step of this operation is carefully inspected. Efforts are also on in the factory to develop additional features for movements that are lesser-priced. The company intends to launch these products in the near future. It produces more than 1 million units in a year and sells to more than 130 countries around the world. Not surprisingly, then, a large number of the mechanical clocks in the market run on the ‘HERMLE’ movement.

The Hermle factories are located in a picturesque Black Forest valley in Germany, within a few kilometers of the Danube River. With factories located on the shores of Reichenbach and Gosheim, this valley has been the home of Franz Hermle & Sohn Uhrenfabrik for more than 70 years, and is one of the most important businesses in the area. The valley in which the Hermle factories are located is also home to many other factories that manufacture precision machinery and small mechanical components. As a result, skilled labor is easily available. Although some of the factories have grown in size considerably, the valley has not turned into a noisy urban area, but retains a quiet village atmosphere that is ideal for clock making and precision manufacturing.

Most of the factories in the area are as modern as those in any major developed country. All the businesses run operations that are fully automated, which is a necessity in the face of the tough competition in their respective fields. Franz Hermle has one of the most modern and streamlined facilities in the world as its factory, where it manufactures both mechanical and electronic clock movements.

Almost all the components of the wide range of mechanical movements manufactured by Hermle are produced in the Reichenbach plant. Several semi-automatic machines traditionally used in the production of mechanical clock parts have been upgraded. They now have computerized control mechanisms that result in an increase in the number and type of functions they can perform. The modern, efficient machines and the investments in new computerized machinery enable the company to sell their products at very competitive prices all over the world.

Since almost all operations in the Reichenbach plant are automated, the number of workers required is reduced considerably and this has brought down the cost of labor, the biggest cost factor in any precision manufacturing operation. Unlike other factories, these changes have not left the workers of Hermle without employment. All those displaced by automation have been employed in other production activities in different parts of the factory system.

The recent procurement of precision equipment to provide finishing to the pivots on each clock arbor after the removal of all rust preventive plating materials is one important investment that the company has made. Those operations that have to be completed by hand are also automated to the maximum extent possible. For instance, the drums that operate hammers on chiming movements still need to be created by hand, but machinery is used to make the parts necessary for the operation available in a shorter time, and in a more efficient manner.

Automated machinery is useful in the assembly of automatic beat setting services, as it can sense the tension on the spring accurately, leading to faster and more efficient operations. The lower level of the main Gosheim plant is where the clock plates for mechanical movements are produced. The plates are first stamped from a roll of sheet brass, and then each plate is flattened perfectly. After this, decorative designs are placed on them. Minute attention is paid to see that the holes drilled in the plates are perfectly placed and sized to accommodate the wheels and other parts. Each plate if prepared for finishing and a coat of baked lacquer is given to it. It is then sent to the assembly facility to become part of the mechanical clock movement.

The upper levels of the main plant in Gosheim are devoted to the assembly of mechanical movements. The movements go down the assembly line on a conveyor belt, with wheels placed between the plates. Employees add other necessary parts at every station and place the plates back on the conveyor. Once the movement is completed, it is sent to the inspection station. Hermle conducts test-runs for all its mechanical movements for one winding cycle on racks close to the facility. A substantial number of the staff devotes considerable time to quality control operations. The company has also invested considerable amounts of money in procuring computerized equipment for the upgradation of the quality control mechanism in the factory.

Once the mechanical movements have completed their test-runs successfully, they are prepared to be shipped all over the world. Some movements, however, are transferred to the new plant in Gosheim, where they are put in cases procured from local suppliers. Most of the clocks assembled in this facility are sent out to fulfill special orders, and to European customers. Hermle has a subsidiary plant in Amherst, Virginia, but some parts for the clocks that require specialized machinery of complicated manufacturing processes are made in the Reichenbach or Gosheim plants and then shipped to Amherst. It is not an economically viable option for Hermle to install all machinery in Amherst in addition to Reichenbach and Gosheim. A strict, 100 percent quality inspection is done before the parts are shipped to America.

The different parts of the Hermle Electronics clocks are manufactured in the buildings that also have the plastic injection machines. These parts go through many finishing processes and are then sent to the assembly facility. Automated equipment assembles the basic electronic movement. To produce a wide range of functions and features for the Hermle customers, many different components are added to the basic movements. Even though the operations necessary to add the features can be done by hand more economically for limited production runs, the basic movement is assembled by a fully automated process.

Two-employee teams in the new Gosheim plant assemble the Hermle electronic 400-day clocks. This approach is different from the conventional production line approach used in most factories. This method of assembly is quicker and more efficient. There are several work stations in the facility where different quartz electronic 400-day models are assembled at a time. The full range of horological products that Hermle manufactures are displayed in the Franz Hermle & Sohn showroom in the headquarters building. The range includes everything from the traditional weight-driven clocks to new state-of-the-art, radio-controlled timepieces. The reach of the Hermle clocks is obvious when one sees the different styles and features in the clocks, put in to satisfy the tastes of people in different parts of the world.

Franz Hermle & Sohn is now run by the third generation of the Hermle family, and employs more than 500 people in four facilities in Germany, and one facility in Amherst, Virginia, called the Hermle Black Forest Clocks. Hermle’s clocks and clock movements are exported to over 100 countries all over the world. The company is a leader of the industry in computerized and automated precision manufactured mechanical and quartz movements, and clock parts.

The Hermle clock movements have a dating system on the back plate of the clock. Marked as ‘FHS’ on older movements, the year of manufacture, the company name or logo, which may or may not be ‘Hermle’ or ‘FHS’, the model number, pendulum length, and beats per minute are stamped on the lower right hand corner of the back plate. Before 1988, the year of manufacture was indicated by two digits only. For instance, ‘79’ meant that the clock movement was manufactured in 1979.

Made by Hermle
1922
Goshen, Germany