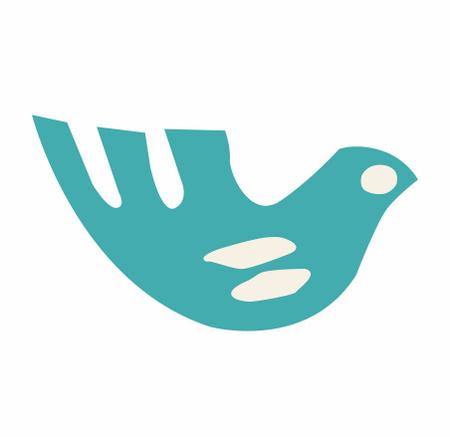 Hanova was started in 1962 by Erwin Prust and Bob Hill in Hollywood, California. Prust and Hill had regular jobs, but used to conduct experiments using a small furnace to improve the technique of enamel coating on steel. This technique was ordinarily used on copper. Prust and Hill were the first to use it on steel.
Erwin Prust and Bob Hill started working full time at Hanova in 1962, when the company was shifted to Pasadena, California. Bob Hill designed pieces, and Erwin Prust, with his background in porcelain enamel process, looked after that side of the business. During this time, Prust honed and finally perfected the enamel texturing technique on steel that he was working on. Textured enamel on steel aesthetic went on to become one of the company’s most popular and fruitful lines of business.

The process of perfecting the textured finish was a lengthy one. The finish required three coats of enamel to be fired independently at about 1400 degrees. The steel was cleaned and engraved or etched, and the first coat, which was the base coat, was given to the steel. Next came a coat of olive-colored enamel, with a component that textured and showed the olive color. The third and final coat was the primary color of the piece. Rust, mustard and green were the most popular of the 10 colors in the 1960s, with yellow and black being the least in demand. This line of products was interesting and popular because the texturing on every piece was random and appeared in the oven, making one piece different from another.

The company began its operations by manufacturing non-textured desk items like pen holders in simple black enamel. It soon started making cookware, ashtrays and ornamental household items. All the products were made of Porcelain enamel, which is known for its versatility and is easy to clean. It can also handle extreme temperature - a dish can be taken out of the freezer and put in the oven, without any injury or damage to it.

Hanova distributed its products throughout the country, but the west coast was the area they seemed to do most of their business in. A substantial part of the merchandise was sold right out of the factory. The company ran a small operation, with only 2 to 3 employees ordinarily making up their manufacturing team, and a small number of sales representatives who represented the business in design shows and showrooms to sell the merchandise.

In around 1967, the company changed its place of business and moved back to Fair Oaks, Pasadena. By this time, Bob Hill’s enthusiasm for the business had all but died down, and he sold his share to Erwin Prust. After Bob Hill’s exit, Prust brought in Charles Chaney to design a new line of casseroles and other products. The company came up with a new line of products without texturing called Avonah, which was Hanova spelled backward. These products did not do very well in the market.

Charles Chaney then created a new range with artistic, stylized birds. This line became quite popular.
At around this time, Hanova created artistic, sculpturesque candle holders from the steel that was left over from other products. In some designs, a casserole knob or a drink coaster can be seen to have been used as the base for the candle holder. These candle holders were bent and welded in various designs and arrangements.

Erwin Prust came up with an animal sculpture line of products with owls, snails and hippos in the early 1970s. Afterwards, he created products with imaginary animals from the outer space. This line did not do good business. Erwin Prust retired in 1975 and sold the company to a man who took it to Ashland, Oregon. The company never got going under him. Since paper tags were used in the years when Hanova’s business was at its peak, a number of Hanova items remain unattributed to it today.