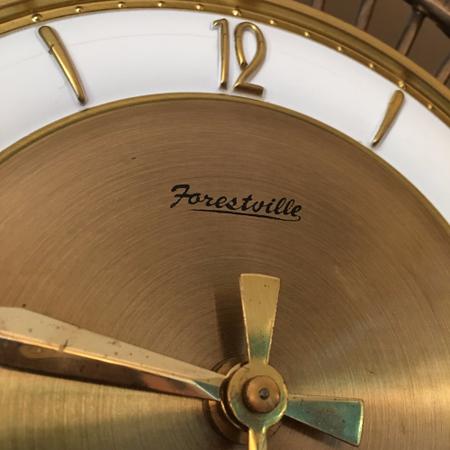 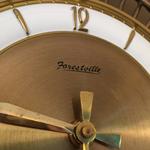 Leopold and Sara Stossel established the Blackforest Clock Company in Toronto, Ontario in 1928. In the year 1930, the couple’s son, Ed Stossel , began working at the company on a part-time basic. By 1940, he had become a full-time employee at his parents’ new venture. The company imported clocks and clock movements from Germany and sold them to jewellery and department stores in Canada.

In the early years of the company, clock movements - for both mantel and grandfather clocks – were imported and assembled in cases manufactured in Kitchener. Soon they began to import complete mantel-clocks from Germany. However the Second World War prompted a change in the workings of the company. In 1941, the company name was changed to Forestville Clock Company and they began importing clock movements from England, USA and France. Post the war, in the mid-1950s, Forestville resumed import of movements from Germany, particularly from the clock manufacturer Mauthe.

The mid-twenties was an era of success and industry for the Forestville Clock Company. However after Ed Stossel’s retirement in 1979, the company could not sustain its progress. It survived for only a few years before closing down completely.

To this day, Forestville clocks can be seen in most Canadian homes. They can be recognised by the brand name ‘Forestville’ on the dial and are usually wood-cased mantel clocks or porcelain wall and desk clocks. Some mantel clocks even have the company’s paper labels intact inside the back opening. Ed Stossel, who visited our museum some years ago, provided us with a number of old photographs, catalogues and a detailed history of the Forestville Clock Company. We are grateful to him for his help.