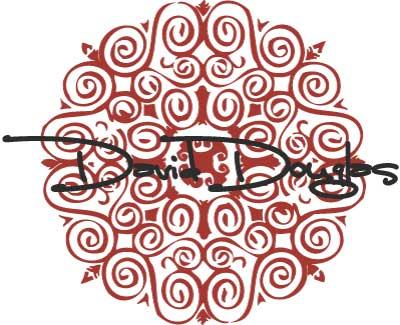 Drawn in illustrator to mimic original David Douglas Co logo .. not exact by any means, but close-ish 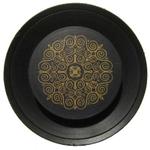 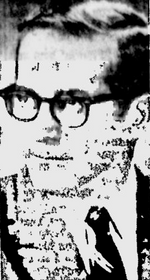 David Douglas and Co., a well-known manufacturer of household items and plastics was established in 1956. David Douglas, the founder and President of the company, designed most of its products. David earned his graduation degree at the Wharton School of Finance and Commerce at the University of Pennsylvania. Initially he began working as a representative for house ware companies in Wisconsin and Minnesota. He went on to establishing his own house ware company which bagged 13 awards at the National Housewares Association design awards in 1968.

David Douglas broke new ground in the plastic industry when he began to use a polyurethane substance called Uralac in his products. Its key feature is that it retains heat and cold. Douglas also produced a wood-grained plastic called Accalac in 1956. In 1970, David Douglas relinquished the role of President and took over as Chairman and Chief Executive Officer of the company. William W Wolf Jr. was named the new President. Prior to his appointment at David Douglas and Co., Wolf had worked as the Executive Vice-President and Chief Operating Officer of FESCO Operations, Cities Service Co. in Pittsburgh, Pennsylvania.

Wolf became a part of the house-ware industry in 1954, when he started off as a Sales correspondent at Mirro Aluminium Co. at Manitowoc, Wisconsin. He played a major role in establishing FESCO as the frontrunner in the injection-moulded house-ware sector. He also pioneered and developed a number of products and colour patterns. These leadership changes were described by the management as a catalyst in spurring the company to new heights.