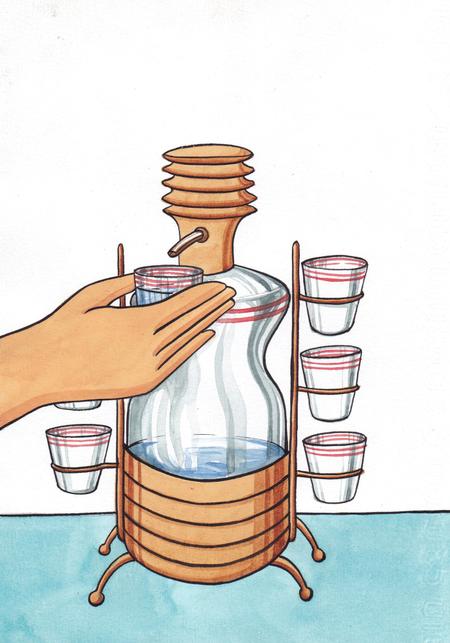 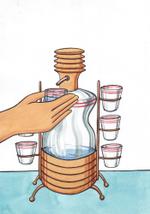 A company manufacturing decorative items of real 22-karat gold called the Culver Ltd. Was established in 1939 by Irving Rothenberg in Brooklyn, New York. The items were in huge demand throughout the 1950s and 1960s after which the companyís reputation fell and this led to their items being available only at premium department stores for collectors. The company was relocated to downtown Rahway, New Jersey in 1980 and was run by Irvingís son Mark ëMickeyí Rothenberg, after his death in 1987. The company was taken over by Moderne Glass Company, Inc. in 1996 after which Mickey headed another glass company and continued in the same field until his untimely death on 9/11.

Acid etch, decalcomania, sandblasted, hand-painted, banded, sand-cut monogramming and silk screen were the early productions of the company after which they started applying a coat of 22-karat gold (the process of which still remains a secret) to their glassware in the late 1950s. But in the 1980s Culver started using glassware manufactured by other companies.

Prado: Green and gold squares; Antiqua: simple crackled-gold band with a single row of oval cut-outs; Seville: similar to the ëValenciaí pattern, but with aqua-blue diamonds, which is a rarity; Pisa: Crackled gold with three rows of oval cut-outs; Paisley: The red reverse and gold swirly paisley pattern are their collectible designs, to name a few.

In the 1940s and 1950s, their items were marked with the Culver script that had blue or green backgrounds which was then replaced with block letters in the 1960s and 1970s. Thereafter they shifted to paper labels which gradually disappeared.
Culver cocktail ware stands to be the most famous and extensive collectible even today.