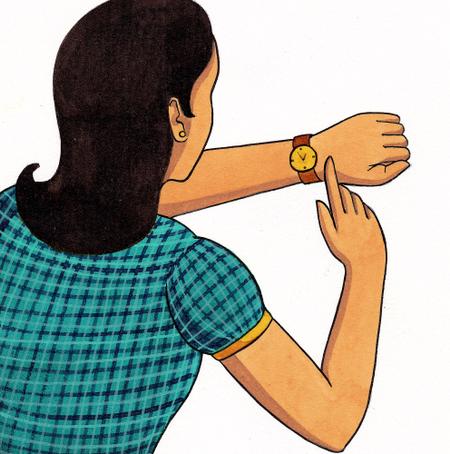 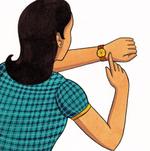 Joseph Bulova (1851 – 1936), an immigrant from Bohemia, founded Bulova as the J. Bulova Company in 1875. Its name was changed in 1923, and it was reincorporated as the Bulova Watch Company. The Loews Corporation acquired Bulova in 1979 and in 2007, it was sold to Citizen. In 1912, Joseph Bulova opened a plant dedicated entirely to watch-making. The factory was located in Biel, Switzerland, and with it, Bulova started a standardized mass production of watches, which was something the world of watchmaking was seeing for the first time. He launched the first complete range of watches for men in 1919. The American people loved the distinctive visual style of his advertising and his watches became very popular. Along with the style, however, Bulova concentrated on precision and research. In the quest for this, an observatory was set up on the roof of a skyscraper in 1920, to make measurements to help determine universal time precisely.

Bulova’s operations were established in Woodside, New York, and Flushing, New York, where innovations were made in the science of watchmaking. A number of watchmaking tools were also built. In the field of clocks, it also the Accutron, in which the time-keeping function was regulated by a resonating tuning fork. By 1923, Bulova had made a name for itself as a watch company of repute. It broadcast its first advertisement on radio in 1926 which ran ‘At the tone, it's eight o'clock, Bulova Watch Time’. This first beep of history reached millions of Americans. When Charles A. Lindbergh became the first man to fly over and cross the Atlantic in 1927, he was given a Bulova watch and a check for $1000. This became an emblem for Bulova, and it launched the ‘Lone Eagle’ model in Lindbergh’s likeness. Bulova asserted that it was the first manufacturer to offer electric clocks beginning in 1931. But the Warren Telechron Company was selling electric clocks in 1912, nineteen years before Bulova. The Bulova watches were a huge success in the 1930s and the 1940s. The rectangular plated watches had strongly curving cases which fit the curve of the wrist better, and were very popular.

The credit of making the world’s first television commercial also goes to Bulova. Before a baseball game between the Brooklyn Dodgers and Philadelphia Phillies on July 1, 1941, Bulova displayed a WNBT test pattern which looked like a clock with the hands showing time. In the lower right-hand quadrant of the test pattern were the Bulova logo, and the words ‘Bulova Watch Time’, while the second hand swept around the dial for one minute. This advertisement was displayed on the New York station WNBT (which is now WNBC), for which Bulova is said to have paid between $4 and $9.

For some years in the 1940s, Bulova made a few pieces of the complicated four-sided, five-dial per side ‘sports timer’ game clock. This ‘sports timer’ was made for use in NHL pro ice hockey and for the newborn NBA pro basketball league of that time. These timers were made to be used in indoor sports arenas like the Boston Garden, Chicago Stadium and the Detroit Olympia. The last of these pieces was made in 1976, when digital watches replaced them.

In 1945, Arde Bulova, Chairman of the board at Bulova, founded the Joseph Bulova School of Watchmaking with the intention of training disabled veterans of the Second World War. The school later became a rehabilitation facility for the disabled. It advocated the rights of the disabled, and went on to be one of the founders of wheelchair sports in America. The school closed down in 1993. Bulova purchased the Manufacture des montres Universal Perret Frères SA at Geneva in 1967, and sold it ten years later, in December 1977. The factory in Biel, Switzerland, was closed in 1993.

The ‘Accutron’ watches were sold for the first time in the 1960s. The timekeeping element in these watches was a 360 hertz tuning fork and not a balance wheel. Max Hetzel, born in Basel, Switzerland, was the inventor. He started working for the Bulova Watch Company of Switzerland in 1948. The Accutron can be called the first ever electronic watch because the tuning fork worked on a one-transistor electronic oscillator circuit. The Accutron had a faint high pitch hum made by the vibrating tuning fork, instead of the ticking sound that mechanical watches make. Accutron was a predecessor of the modern quartz watches, which also keep time with a vibrating circuit. The makers guaranteed that Accutron would be precise to one minute per month, or two seconds a day, which was a substantial improvement over the mechanical watches then made.

The tuning fork movement was a revolution in the world of watchmaking. Before the Accutron, timepieces that worked electronically were restricted to some scientific instruments, since they were too large for a watch. The precision with which this watch worked made it the first wristwatch to get a U. S. railroad certification. A pocket watch moves either vertically or horizontally, whereas a wristwatch moves in every direction. The precision of wristwatches was affected by the movements to such an extent that it made the railroad certification almost impossible to get. Even the best and most expensive chronometer certified wristwatches found themselves unable to qualify for the certification. Accutron being the most precise wristwatch in the world benefitted the company greatly. In 1969, however, Seiko’s first mass-produced quartz movement watch the Seiko Astron, hit the market. This wristwatch was easier and cheaper to make, and also more precise (15 seconds per month) than Accutron. Seiko, therefore, was able to sell more precise watches at a lower cost.

In 1960, Bulova started the 17-year manufacture of the tuning fork of Accutron. It had a round 214 movement, and was different from typical wristwatch designs in that the setting stem and crown were placed at the back of the case and not on the side of the watch. The 214 movement was used mainly in men’s wristwatches, but a number of different desk clocks were also made using the movement. The 218 movement was introduced in 1965, which had the setting stem and crown at the 4 o’clock position, and not at the conventional 3 o’clock position. The 218 movement, all the times it was repeated later, placed the stem and crown at 3 o’clock. So did the 219, 221, 224 and 230 movements.

The Accutron watches were displayed in what Bulova called ‘Spaceview’, which was a salesman’s demonstration tool. It was a display model for jewelers, and when Bulova used a pure gold Spaceview in an advertizing campaign for Accutron, the idea was that the demand for the Spaceview would not be very high, and would come mostly from the jewelers for use in displaying their merchandise. However, many customers who saw the watch displayed in it wished to purchase it, and Bulova had to manufacture kits which allowed jewelers to convert normal 214s. This was when they came up with the name ‘Spaceview’, and began producing them in stainless steel and gold filled for retail sale. Gold electroplated versions were also made. Today, only the 214 Astronaut surpasses the Spaceview in popularity.

Bulova’s tuning fork wristwatches were last made in 1977, the year in which they also started making quartz watches. After this, all of Bulova’s watches, although sold under the label of Accutron, used quartz movements. This can be very confusing for anyone who wants to own a ‘real’ Accutron. It is important, therefore, to check the date codes to avoid paying the cost of a tuning fork watch for an Accutron watch with a quartz movement. The 214s and the 218s with a 4 o’clock stem and crown, the 218 Travelers, the 218 Astronaut IIs, and the 218 Deep Seas, however, are easy to recognize. Inscribed on the back of the cases are a letter and a number. The letter stands for the decade, and the number is the particular year in that decade. M stands for the 1960s and N, for the 1970s. Anyone who wants to acquire an Accutron with a tuning fork movement should buy one that falls within the date code M0 and M6. Most watches with the code N7 will also be tuning fork movement watches, but with these watches, it is necessary to open the back and check the movement to be sure. Another way of differentiating between a tuning fork watch and one with quartz is to check the seconds hand. The tuning fork watches will have seconds hands that will move around the dial smoothly, whereas in the quartz movement watches, the hand will tick the seconds.

An Accutron with a 224 movement has a hybrid movement because it is actually a quartz crystal that regulates its timekeeping, and not a tuning fork. These watches, which should be labeled ‘Accutron’ on the dials, are considered by many to be collectibles, as they were made for only five years which meant that very few pieces were made, and are therefore rare to find today. Bulova stopped manufacturing the tuning fork movement watches and also its components in 1977. So when recently manufactured Accutron watches came in for repairs, they soon ran out of parts, and the tuning fork movements were replaced with quartz movements. By the time production was stopped in 1977, over 4 million tuning fork Accutron watches had been sold.

In the 1960s, Bulova competed with Omega Watches for the honor of being the ‘first watch on the moon’. As it turned out, Bulova did not, or was unable to attest to the fact that the Accutron was dustproof. Omega came out on top in the rivalry with its Omega Speedmaster Professional chronograph wristwatch, also known as the ‘Moon Watch’. NASA designated the watch for use by astronauts in all manned missions, and it was the first watch on the moon, on the wrist of Buzz Aldrin.

The spacecrafts on these missions had instrument panel clocks and time-keeping mechanisms that were Bulova Accutrons with tuning fork movements, since at the time, NASA was unaware of how well a mechanical movement would work in conditions of low gravity. The first moon landing mission placed an Accutron 214 movement on the moon in a communications relay device. The 214 had been used by the U. S. government in military satellites, and it had also persuaded Bulova to put off the commercial release of the Accutron, to keep Russia from acquiring the technology during the cold war.

For a brief time, Bulova manufactured limited edition ‘Astronaut’ watches under its Accutron line, with the autograph of Buzz Aldrin on the back of the watch case. The current Astronaut watches feature automatic ETA SA movement, and the tuning fork movement has been discontinued by Bulova.