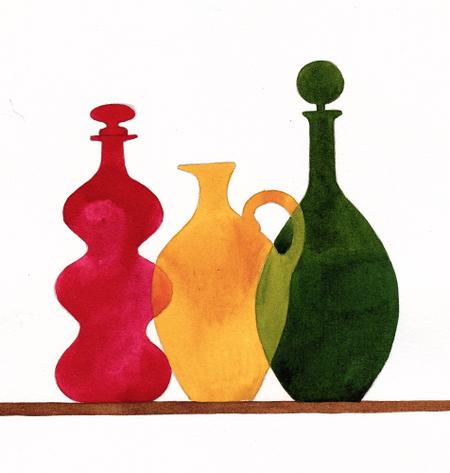 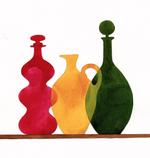 Blenko is known for upholding the tradition of making glassware by hand in America. It has built its reputation over a period of more than 100 years, and vows to carry on the tradition. Blenko’s products come in a wide assortment, like functional glassware, art glass, mouth-blown sheet glass, dale de verre, and many other high quality products.

Blenko Glass Company, located in Milton, West Virginia since 1921, has been a family business since 1893. Today, when mass produced goods produced by automated processes are the norm, Blenko takes pride in its hand-crafted products. Exquisitely beautiful color, skilled craftsmen and creative designs have made Blenko a widely renowned name in the time-honored craft of hand-blown glass. Blenko believes that today, more than ever, people need hand-made possessions that are distinctive and inspiring.

William John Blenko was born in London on the 8th of December, 1854, in a middle class family. The art of glass adornment caught William’s attention at a very young age. Encouraged by his mother, William began working as an apprentice for a glass craftsman. In school, he was a pupil of a philosopher John Tyndall. He set up his own business in the 1880s, and made rondels (round window panes). Alongside the rondels, he experimented with some processes to make glass of a quality that was superior to that of his competitors.

He came to New York when he was 38 years old to experiment with natural gas, for his glass works. When he found that this gas was available in abundance around Kokomo, Indiana, he moved there and started one of America’s first gas-fueled glass making operations.

In 1893, Blenko realized that American window makers and studios, all of whom were European, wanted European glass. They had a prejudice against domestically made glass, and so, Blenko’s glass did not sell in America. This tacit embargo was later called ‘The Cleveland Panic’. Disheartened by this state of affairs, Blenko decided to move back to England and export the same glass he was manufacturing in Indiana. He came back to Indiana in 1899, and kept traveling between the two continents until finally settling down in Milton, West Virginia in 1921.

Milton, a small farming town in West Virginia where Blenko decided to set up his work, turned out to be the correct choice. Sold to him by the Industrial Development Department of the Chesapeake & Ohio Railroad, Milton was a reliable source of sensible, hardworking people. It was also a place where natural gas, used in glass furnaces, was available at cheap prices. Arriving in Milton in the spring of 1922 and setting up his trade in a small hillside barn, Blenko built a new furnace with the help of some locals that he recruited. In only a few weeks time, glass was being manufactured.

Blenko’s son, William H. Blenko came to Milton in 1925, along with his wife Marion, who was the daughter of Henry Hunt of Hunt Stained Glass Studios in Pittsburgh, Pennsylvania. William and Marion helped Blenko in the everyday operations of the factory. In need of a larger space for production and better facilities to ship the produce, Blenko works moved across the river from Milton, to a space near the main line of the C&O Railroad. It still occupies the same location.

Recognizing the need to make changes during the depression era, Blenko decided to expand its product line to include something besides stained glass. In pursuance of this idea, two Swedish Glass craftsmen were hired in 1929. They trained and taught the Blenko crew to craft and create beautiful glass items by hand. Production grew, and the company became Blenko Glass Company from Eureka, as it was till then known. This is how the glass tableware line came about – the line that has made Blenko a household name around the world.

The second generation - William H. Blenko, Sr.
William John Blenko passed away in 1933. His son William H. Blenko Sr. assumed the responsibilities of running the company. Blenko experienced steady growth for a period of 30 years when he was the president. He died in 1969. Marion Blenko, his wife, worked hard as the treasurer, secretary and retail sales manager, for seven days a week until her death in 1989.

The third generation - William H. Blenko, Jr.
William H. Blenko Sr. and Marion’s son William H. Blenko Jr. was brought into the business at an early age. He learnt the various phases of the operation by working at the plant during his summer vacations. He received a B.S. degree in Industrial Engineering from the Carnegie Institute of Technology in 1942. He married an English girl he met while stationed in England as a captain in the U.S. Air Corps. They had two sons.

The fourth generation - Richard D. Blenko
Richard D. Blenko, the fourth generation president of the Blenko family, attended the Marshall University and the University of South Carolina. He received a B.B.A. degree in management. Having joined the company in 1976, he became the president and was known for his active participation and involvement with the business and community. He used many lines of approach and many new means like the Public Broadcast Television to promote Blenko Glass and the art that is involved in the making of the hand-blown glass.

Current president - Walter J. Blenko, Jr.
The current president and part owner of the company, Walter J. Blenko Jr. has been connected with the company since 2003. Walter Blenko is an engineer from the Carnegie Institute of Technology. He also has a degree in law, and also engages in a career in patent law in Pennsylvania. Walter is one of the grandsons of the founder, William John Blenko. He believes that the grand tradition of glassware made in America should carry on.