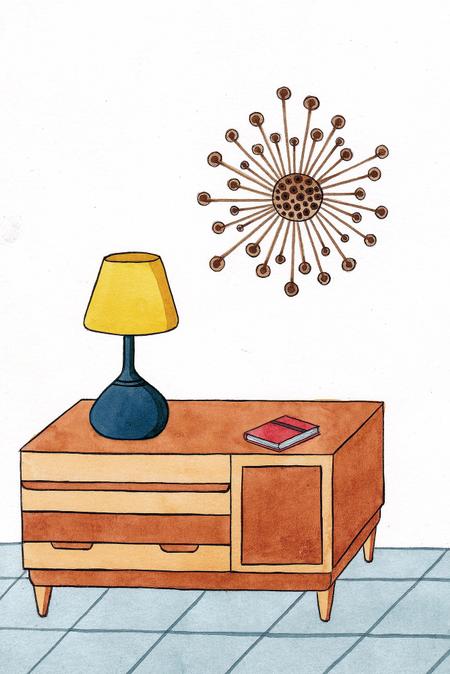 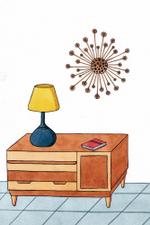 Artisan House- a well known manufacturer of extremely attractive wall sculptures, was established in 1964 by two dynamic young men, Jerry Fels (1917-2007) and Kurt Frailer (1910, retired) who realized that each was the otherís better half when it came to designing and creativity. Fels was a New York- born artist and Frailer was a German immigrant who could resourcefully make use of any given tool. They were so popular for their funky and ornate designs that even today, top dealers like Jonathan Adler order replicas of their classic designs from the present firm owners.

Prior to establishing Artisan House, Fels and Frailer began their creative work in Los Angeles with the production of hand- made costume jewelry soon after World War II ended. All through the 1950s and early 1960s, they were famous for their brands Renoir and Matisseí which made use of copper and brightly enameled copper respectively, in the manufacture of their jewelry that is still sort after by jewelry enthusiasts till date. Around 1964, their produce as well as the entire factory was burned down by an explosion that was sparked by a cigarette leaving them with no more than their hand tools and a few of their buildings. This however did not dampen their motivation to pursue their desire of manufacturing interior-decorator-oriented metal sculptures.

Therefore, they restarted their business by launching Artisan House- a revolutionary showroom in New York, distributed by Raymor and retailed at many premium emporiums such as Gumpís in San Francisco. Having set up factories in Glendale, California and the San Fernando valley, about 50 designs were brought into the market by Fels and Frailer every year which had the ìC. Jereî (see-zhairAY) sign on them. This denoted the cleverly abbreviated names of the partners which sometimes led people to believe that it was the work of a single artist.

"Sometimes hokey to kind of organic to magical and very pretty," was how Todd Merrill, a 20th century decorative arts specialist expressed his views of the works of Artisan House. The wide-spread collection of tabletop sculptures comprised of a sparkling flower budding from a piece of stone that was the size of a fist and an owl adorned with curled brass feathers that were cut using a torch and measured 17 inches in length. One of the mirrors was an imitation of the aviator- style sunglasses, while another was placed in a flamboyant frame of 12 sides made from brass. The illumination section had floor lamps that were chrome-plated and made to mimic a tiny version of the construction crane. Their collection also included a set of bookends that looked like blocks of ice wrapped in silver tongs.

The unusual wall sculptures are exemplary and in high demand at present because of their abstract and realistic forms like thorny supernovas similar to giant dandelion heads, scenic streetscapes, a cafÈ by the sidewalk with its tables under the cool shade of the trees, the Golden Gate and the Brooklyn Bridge, an exaggerated mock up of a bottle opener and a whisk which was a part of the Pop Art- style gourmet collection, all created from precisely carved metal pieces. These amazing artifacts are sold in many places like the Manor Art who are exclusive dealers of classic Artisan House products and vary in price based on their style and uniqueness.

The designs were created on paper by Fels along with other freelance artists such as John Reistetter, Dorothea Casady and B J Keith (still working for Artisan House) and then brought to life by Frailer and his captivating finesse became a distinct characteristic of the company. Under the careful supervision of Frailer, many minority or handicapped workers cut, moulded, torched and fused the metals which then received a glossy coat.

Many of Artisan House works are possessions of well known interior designers. Raindrops- one of C. Jereís astoundingly six feet long sculptures of the 1970s, made from an intrinsic arrangement of metal discs that were as thin as wafers, is owned by David Jimenez and Emma Jane Pilkington who remarked, ìI love how you can bend the bits of metal to your liking. If you place it near a window, the discs reflect everything going on outside, whether the flashing red light on an ambulance or the sky filled with dark clouds."