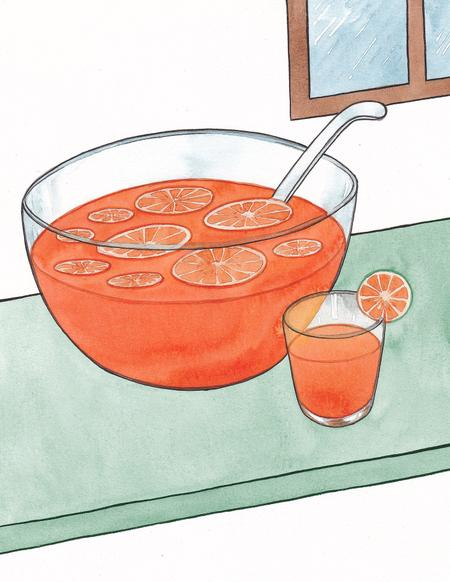 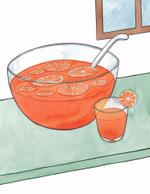 When the Lancaster Carbon Company of Lancaster, Ohio, went into receivership in 1905, a native of Salisbury, Maryland, Isaac J. Collins and six of his friends raised $8,000 with the intention of buying it. Collins was employed in the decorating department of the Ohio Flint Glass Company, when the opportunity to purchase the facility, known as the Black Cat because of the carbon dust that covered it, arose. The $8,000, unfortunately, were not sufficient to puchase and run the company, but Collins succeeded in securing the help of Mr. E. B. Good, who gave Collins a check for $17,000. With the check, Collins started the Hocking Glass Company operations with one building, two day-tanks and 50 employees.

The name Hocking came from the Hocking River near which the company plant was located. During its first year of operation, the company produced and sold glassware worth nearly $20,000. Another day-tank was purchased to increase the production. The money for the purchase came from the sale of $5,000 in stock to Thomas Fulton, who was made the Secretary-Treasurer.
Everything seemed to be going well for the company, and things had started to look promising, when a great fire struck the Black Cat and burned it down to ashes in 1924. Far from being discouraged, Collins and his associates went about arranging funds, and built a new plant, known as Plant 1, on the ashes of the Black Cat. This facility was designed specifically with the production of glassware in mind. Later that year, Hocking purchased the controlling interest in the Lancaster Glass Company, which was later called Plant 2, and also the standard Glass Manufacturing Company which had plants in Bremen and Canal Winchester, Ohio.

Hocking developed a machine that pressed glass automatically, and increased the volume of production from 1 item per minute to more than 30. It was this new machine which saved the company when the Great Depression came. When the stock market crashed in 1929, Hocking’s response was to develop a 15-mold machine that produced 90 pieces of blown glass per minute. This rate of production enabled the company to sell tumblers ‘two for a nickel’ and sustain itself in the Depression, when so many other companies disappeared.

Hocking purchased 50% of the General Glass Company in 1931, and made its entry in the glass container business. The General Glass Company acquired the Turner Glass Company of Winchester, Indiana, in turn. The first one-way beer bottle was developed by Hocking and its subsidiary in 1934. Hocking Glass merged with Anchor Cap and Closure Corporation and its subsidiaries on 31st December, 1937, and the merged company took the name Anchor Hocking Glass Corporation. The Anchor Cap and Closure Corporation operated plants in Long Island City, New York and Toronto, Canada, and glass container plants in Salem, New Jersey and Connellsville, Pennsylvania.

Anchor Hocking expanded its existing facilities, purchased the Carr-Lowry Glass Company of Maryland and the west coast Maywood Glass to expand its business in the areas of tableware, closure and sealing machinery, toiletries and cosmetic containers. The 1950s saw the company establish a Research and Development Center in Lancaster, Ohio, and purchase the Tropical Glass and Container Company in Jacksonville, Florida. It also built a new factory in San Leandro, California, in 1959. A new glass container plant was built by the company in 1962 in Houston, Texas. The Research and Development Center was strengthened by the addition of a second unit, known as the General Development Laboratory. The Zanesville Mold Company of Ohio became an Anchor Hocking subsidiary in 1963, and manufactured mold equipment for the company.

In 1969, Anchor hocking dropped the word ‘Glass’ from its name, because it was now an international company with an extensive line of products. It had acquired Plastics Incorporated in St. Paul, Minnesota in 1968, and entered the plastics market. A plant was constructed in Springdale, Ohio that produced blown mold plastic containers. The purchase of Phoenix Glass Company of Monaca, Pennsylvania in 1970 marked the entry of Anchor hocking in the field of lighting. The Taylor, Smith & Taylor Company of Chester, West Virginia, a company that made earthenware, fine stoneware, institutional china dinnerware, and commemorative collector plates, was also bought by Anchor Hocking.

The company has undergone various changes over the years. On 15th July, 1978, the Phoenix Glass Company was destroyed by a fire. On 28th March, 1979, Shenango China of New Castle, Pennsylvania was added to the company’s list of purchases on 28th March 1979, and on 30th April 1981, Taylor, Smith & Taylor was sold. It was decided by the company on 1st April 1983 that it would divest its interest in the Glass Container Division and hand it over to an affiliate of the Wesray Corporation. The Glass Container Division was called the Anchor Glass Container Corporation. Its office was in Lancaster, Ohio, and it had seven manufacturing plants.

Anchor hocking was acquired by the Newell Corporation on 2nd July 1987. With the acquisition came a flow of capital, which was used to upgrade several facilities. Also, some of the less profitable facilities were closed down or sold. In November 1987, the facility in Clarksburg, West Virginia was closed, and on 22nd January 1988, Shenango China was sold. On 12th October 1989, Carr-Lowry Glass was also sold.

Today, Anchor Hocking has the financial backing and resources that come from being one of the 18 decentralized Newell Companies that are engaged in the manufacture and sale of products in four basic markets – house wares, hardware, home furnishings, and office products. Many companies of the Newell group like Intercraft, Levolor Home Fashions, Anchor Hocking Glass, Goody Products, Anchor Hocking Specialty Glass, Sanford, Stuart Hall, Newell Home Furnishings, Amerock, BerzOmatic, or Lee/Rowan are familiar to most people and are easily recognizable.

Corporation and Libbey Glass entered into negotiations in early 2001 for the purchase of Anchor Hocking by Libbey. The federal government objected to the deal, and Libbey withdrew the offer after months of negotiations. Eventually, Newell sold many of its businesses, including Anchor Hocking, to Global Home Products, which is owned by Cerebrus Capital Management, specializing in improving the position of underperforming brands.Despite the cost cutting measures, the weak economy took its toll and both Global Home products and Anchor Hocking filed for Chapter 11 bankruptcy in April 2006. The assets of Anchor Hocking were sold to a unit of Monomoy capital partners, a private equity firm from New York. Anchor Hocking’s future remains uncertain at this point in time.

Anchor Hocking, a part of EveryWare Global Inc., is a manufacturer of glassware, and was founded in 1905 by Isaac Jacob Collins in Lancaster, Ohio. It was named for the river Hocking. Merging with the Anchor Cap and Closure Corporation in 1937, it operated the oldest glass manufacturing facility in the United States till 1983. This facility was located in Salem, New Jersey, and had been established in 1863. The company also established facilities in Elmira, New York, and Streator, Illinois. The radio drama ‘Casey, Crime Photographer’ was sponsored by Anchor Hocking. Anchor Hocking was a major producer of glass during the Depression. Royal Ruby, produced in 1939, was the first glassware manufactured by the company as Anchor Hocking Glass Company. It also produced Forest Greem Glass, fire-King, and Anchor Ovenware.

Made by Anchor Hocking
1905
Lancaster, Ohio